A selection by poets performing at the Cork International Poetry Festival 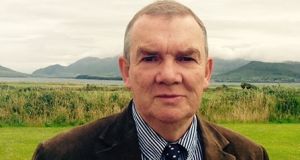 Thomas McCarthy: “we hardly know/ What it is to breathe” 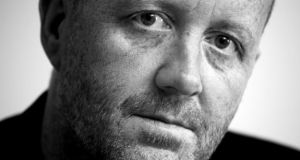 Michael Symmons Roberts: “the face of someone you once loved/ as vivid and familiar as the mirror” 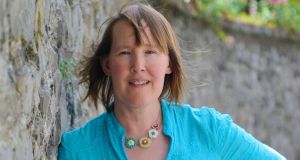 Katie Donovan: “I could last a hundred years/ in this playground” Photograph: Barry Cronin 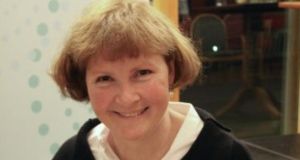 Eleanor Hooker: “if you’ve nothing to say say nothing./ Silence is a scream” 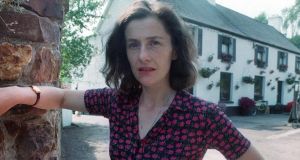 Martina Evans: “Yet that day there was time/ for shopping, just us, after the convent visit” 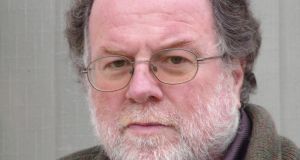 Paddy Bushe: “Those who dissent must know what will happen:/ The staged confession in the public square”

As I was saying, before the news became
Really bad, as I was saying, we hardly know
What it is to breathe. Whether it is being
Distracted or being in a constant state of
Fear, we forget the immense gratitude
That our lungs still function. Or maybe by
Breath I mean something more than air,
More how a feeling of separation vanishes
When we exercise awareness rather than
Self-torture. It is the proper function of
Poets to make us want to breathe. Love makes
Long words out of the simplest emotion –
We weave in its backdrafts and elongations,
We twist and turn, we live and we grasp.
I remember in Mercy hospital the young
Croatian anaesthetist saying gently as
She pulled on a tube “I think you can breathe
On your own now, you are doing so well.”
The annoyance of being cut adrift! But my
Lungs pulled away from the shore on their
Own, my lungs pulled and pulled on what
Was needed for breath. The surgical ward
Fell away in its own Vipassana meditation,
Its ego was eradicated and a sort of mind
That was like a mind of mindfulness just
Filled the whole room and a companionship
Like the companionship of Buddha and his
Holy disciples carried me back to my own life,
Away from an inert physics and medicine;
Back, back to what is personal and full of blood.
The Buddha was a troublemaker in his own
Time but he never caved in at a cancer ward, or
Succumbed to the epidural or to any horror
Of laziness or distracted mind. My true breath
Is this feeling of having just arrived, of sturdy
Essences, of breath going on by going through.
And yet this really bad news, can it be true,
Of Leonard Cohen’s death in a faraway place,
Has made me think of breath again, of love’s
Survival, of Suzanne and Marianne, of Leonard
Sleeping in Yeats’ bedroom at Lissadell. They say
He slept alone, with only bats stirring in the alcoves
Of an Irish night. Such news has been bad lately, but
We must fight the empty void, the out of breath.

The only reason we let gardens be lost
is for the joy of finding them again.

Take a slant path through the planners’ grid,
the un-policed sectors of the city

where the wireframe gets sketchy,
and at the back of a hoarding which reads

what’s mine is yours discover this:
a paradise of ordered beds, fountains, pergolas,

clearly tended, but for no-one’s use,
in the same way we lose memories

the face of someone you once loved
as vivid and familiar as the mirror,

and you catch yourself off guard,
sob like a mourner among so much beauty.

Their little feet –
chubby plump,
unable to take weight –
shod in sky blue slippers,
appliqued in moon and stars.
Now they run
in worn out, scuffed boots
mucky and soon too small.
The blue slippers
remain pristine –
they grew up so fast –
hardly used at all.

I navigate
drowned forests,
coral gardens,
the backwash of cruise liners.
My swallow drains the tides;
I blow fountains;
my tail divides the sea.

I could last a hundred years
in this playground,
but I fill to starvation
with nets, buckets,
a snagged lump
of plastic castoffs.

I sing my last song –
an elegy
for my family,
for my ocean romps
and mighty leaps.

A human child
finds my drying bulk
flabbing on the shore,
he looks into my eye
tiny hand petting
my flayed skin.
I groan in my agony.
“Poor whale,” says the child.
“You lost your way.”

Eleanor Hooker: In letters from my Godmother

My dear, don’t park in the sea,
the sea is tidal, don’t park
in the bog either, time has gravity
and its colour is bog-peat.

Trust me, the only thing to dye
should be your hair, and when occasion
merits, your eyebrows.
There is no glamour in a corpse.

Dearest Nell, ‘the square root of the we
of me’ is a pretentious aphorism – don’t!
Never agree to the ‘Invisibility Clause’.
Struggle to find a foothold, then let go.

Stray the right side of volubility,
if you don’t think you shouldn’t talk
if you’ve nothing to say say nothing.
Silence is a scream.

Ignore the sticker on your new knickers
that reads ‘Soft Touch’.
Gardener’s Delight is a type of tomato.
Darling girl, of course a duck’s quack echoes,
(now try saying that whilst drunk).

Dear Nell, people who ask:
Is the devil ecumenical?
How long is string theory?
Is this the last place God made?
might not be your friends.

Let your letters be to friends
not posterity . . . or your biographer.
You’re correct, I’ve read her. Avoid green ink.
What is that acronym CRU?

Eleanor Hooker’s A Tug of Blue is her second collection from Dedalus Press.

Mammy examined my run down heels, said
I was hard on shoes and it was true, I threw
myself hard into everything. My Biro indented
the page. My eraser rubbed holes in my copybook
the page lit up by the Master’s absinthe eye
staring through at me before he ran for the stick.
My books too – squeezed, flattened, pawed with butter,
dripped with cocoa, pushed into pockets and once
between the covers of a missal when I hoped to get away
with reading Enid Blyton in Mass. Animal Farm
left after the picnic at the Mass Rock, drenched
by rain, ruffled by the wind, swollen like my feet
inside the oven of the kitchen range in Burnfort.
I didn’t notice my shoes burning, turning the pages.

There was no talk of Mammy’s bad legs
or who was minding the shop and bar
that blazing morning. What does that signpost say?
she’d ask with her foot on the accelerator
to a blur of lime trees and white hawthorn.
Always in a rush. Yet that day there was time
for shopping, just us, after the convent visit.
She talked about Hurleys for years afterwards
- through all our painful misunderstandings -
my red buckled Regency pumps, her navy
‘wet look’ slip-ons with the gold chain walking
towards us in their shop mirror and the sea
and Donavan’s Hotel, plaice and tartare sauce,
our eyes on our bags and each other, riveted.

Prophecy’s black candles cast a deep shadow.
Monsters are rumoured, name by whispered name.
Reason has slept and is waking to madness.

Succession now falls on the fool and the gambler,
Jokers and knaves have trumped the royal game.
Prophecy’s black candles cast a deep shadow.

The play’s at the bidding of bankers and barons
Whose winnings are counted below the dark flames.
Reason has slept and is waking to madness.

If drilling or poison make the rich land barren
The people are schooled and know who to blame.
Those who are Other inhabit deep shadows.

Those who dissent must know what will happen:
The staged confession in the public square
Where Reason has slept, and wakens to madness.

If the tower cannot reap, the tower then will harrow.
In the cellars are ledgers and instruments of shame.
Prophecy’s black candles have cast a deep shadow
Where Reason has slept. We have woken to madness.

Paddy Bushe published On a Turning Wing (Dedalus Press) in 2016.