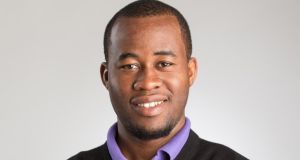 Chinua Achebe put Nigeria on the literary map with the publication, in 1958, of Things Fall Apart, his seminal novel about African identity and the impact of colonialism on indigenous people. Since then Ben Okri, Chimamanda Ngozi Adichie, Teju Cole and, more recently, Adaobi Tricia Nwaubani and A Igoni Barrett have added to the country’s literary reputation, which has strong ties to oral storytelling traditions and myth.

A new Nigerian writer to watch out for is Chigozie Obioma, whose debut novel, The Fishermen, was recently published in Europe. The book is set to appear next month in the US, where Obioma is currently resident following an MFA in creative writing at the University of Michigan.

Set in 1990s Nigeria against a backdrop of modernisation, westernisation and political upheaval, The Fishermen tells the story of four brothers whose lives are destroyed by a madman’s prophecy. Using myth to great effect, Obioma explores the customs of the community of Akure, detailing how the fates of its people are intricately linked to their beliefs.

The narrator is nine-year-old Benjamin, the youngest of the brothers, whose imaginative world view lends a striking voice to the tale. In a book that is loaded with metaphor, where parents speak in parables to warn their children of danger, many of the chapters start with Ben likening his family to animals: “Ikenna was a python: A wild snake that became a monstrous serpent living on trees, on plains above other snakes.” These comparisons mark changes in characters and presage the dangers to come.

The boys’ strict father, Eme, prizes western education above all, wanting to give his sons the chance at a “sliver of paradise”. When he leaves Akure for a better-paid job in Yola the boys take advantage of their new home life under a mother who is disgruntled and highly strung.

The boys have learned from their father that women should be ignored. Disobeying their mother, they decide to become fishermen at a local river believed by the townspeople to be governed by evil spirits. At the river the brothers cross paths with Akule, a sex-crazed seer who, out of menace or compulsion, curses the brothers and sets them on a fatal path.

At times the story falters, with chance meetings that seem imposed. The brothers happen to get kicked out of school the day that the (real) politician MKO Abiola comes to town. While their wonder at meeting a hero is nicely conveyed, the scene exists to let the author discuss the wider political climate. There are also problems with momentum after a great build-up to the tragedy that takes place roughly half way through the narrative.

But there is much to recommend in this debut, not least the insights into Nigerian culture and history. From the “wrappos” the family wear to the songs the boys sing as they fish, given in both Igbo and English, a real sense of their childhood in Akure comes through.

There is a grim humour in the coming-of-age tales that make up the first half of the book. Crime and punishment are weighed up with typical boyish logic. Ferocious beatings by their father are not enough to deter the brothers from seeking adventure: “I saw red stripes on the plump cheeks of his buttocks. They appeared as those on the back of Jesus of Nazareth – some long, some short, some crossed each other to make a red X.”

The attitudes to corporal punishment and religion have resonances with Irish culture not so long ago; 1990s Nigeria is like 1950s Ireland. The role of woman as mother and homemaker, known by the name of her son in the village and subservient to her husband’s will, compounds this. Eme’s decision to ignore his wife’s pleas and move to Yola is the source of the family’s problems and descent into tragedy.

The guilt Eme must feel as a result warrants further attention. He is a fascinating character in the beginning, all hubris and control, but this fades with his move away and is difficult to recapture, though the role reversal when he comes back as primary caregiver is interesting.

The novel excels in its depiction of the tribal landscape and the townspeople. The close-knit community pay deference to nature and its elemental power. Salt-of the-earth takes on new meaning in such a climate. This harks back to the title, to the image of the fisherman and its religious and historical connotations. As the boys venture to the river and cast their rods, there is the feeling that centuries of myth and superstition are being reeled in.

The curse of Akule has the same effect, and the words of his song linger in the memory: “I implore you to tear the firmaments and give rain / That the green things I have sown will live / Mutilate the seasons so my words can breathe, that they yield fruit.”