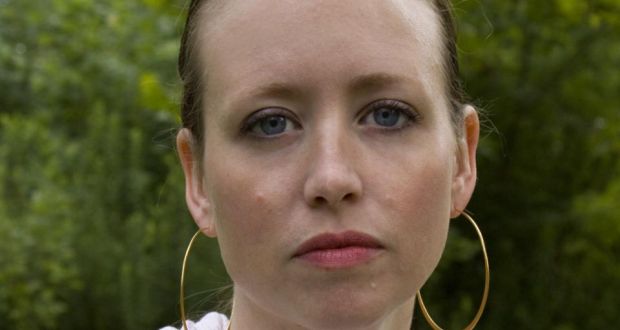 Book Title:
The Isle of Youth

Sneaking into the column’s brief this week is the American author Laura van den Berg, for her second collection of short stories, The Isle of Youth. As admirers of the contemporary short story may know, van den Berg is hardly new on the scene, at least not in the United States. Her debut collection, What the World Will Look Like When All the Water Leaves Us (2009), won national acclaim and a shortlisting for the Frank O’Connor International Short Story Award on this side of the Atlantic.

The Isle of Youth was also shortlisted for the award and won multiple prizes in the US. Although published there in late 2013, it gets its UK and Ireland launch this month, the first of the Floridian author’s books to appear here. A debut novel, Find Me, is scheduled for release in Ireland and the UK in June. In the meantime, readers looking for a fresh, emotive and darkly comic take on the modern US and its problems will be highly satisfied with this short collection.

Comparisons to Alice Munro and Lorrie Moore are well founded, with van den Berg’s poignant and funny stories laying bare vulnerabilities in even the most horrible of characters. Take Sylvia, the narrator’s sly and self-centred identical twin in the book’s titular story. After luring her sister to a hurricane-ready Miami, Sylvia lies her way from one situation to the next, a character who acts “like she has nothing but ice inside her”.

Talked into assuming Sylvia’s identity while she takes off to have one last fling with a married man, the narrator realises she has been played by her sister when two heavies arrive at the apartment. A2 and B2 are former mathematicians who have named themselves after Pythagorean theorems.

This type of humour is seen throughout the collection, lightening the sombre themes of loss, loneliness, neglect, marital dysfunction and despair. Sylvia is comfortable ruining the lives of others, but she also, poignantly, seems to save her best efforts for herself.

There is an element of suspense to this tale, and to the others, that it is unusual for literary short stories. Van den Berg keeps the reader guessing with twists that seem at once absurd but highly apt for the emotional traumas her characters undergo.

In Acrobat a wife is left alone in Paris after a last-ditch attempt at marriage reconciliation goes awry. Forsaken at the Eiffel Tower amid crowds of tourists, the narrator becomes fascinated by a trio of acrobats, following them across the city as they perform.

Dazed and confused, she tails them to a neighbourhood bistro with yellow awnings and smoke-filled rooms. Jean-Paul, Alain and Dominique dress her up, paint her face and invite her to an acrobat-only party near the Seine. “This isn’t some kind of sex thing, is it?” the narrator asks. “ ‘Not at all,’ Jean-Paul said. ‘Or at least not usually.’ ”

Marriages are in trouble or breaking down in more than one of the seven stories. The opening piece, I Looked for You, I Called Your Name, sees a series of disasters on honeymoon set a new wife on edge. A broken nose, a fire in the hotel in Patagonia, a husband who makes snide remarks and takes hour-long showers. Panic-stricken, the narrator escapes to the beach in the middle of the night: “I opened my mouth and started packing it with fistfuls of damp sand. The grains scratched the roof of my mouth and got wedged between my teeth.”

The distance between the narrator and her husband in the Isle of Youth shows a marriage that has decayed. It is reminiscent of Jenny Offill’s recent novel Dept of Speculation in its insights and honesty: “There were things people could say to each other that brought about a kind of death, in that you never get over it; you apologise and seek counselling, you tell people your marriage is ‘recovering’, but you’re presiding over a grave.”

In The Greatest Escape a mother and teenage daughter make for a pathetic and pitiful pair, their amateur magic acts and fraudster schemes fooling no one. The ghost of the “Great Heraldo”, the absent father and husband, looms large. A life of illusion and disillusion has been mercilessly passed on from mother to daughter.

The stories also examine filial bonds, from a sister trying to make amends to a dead brother in Antarctica to the criminal antics of adolescent cousins in Lessons and the private-investigation firm a pair of Florida sisters set up, in Opa-locka, to help suspicious wives catch their cheating husbands. Abandoned by their con-man father when they were little, the pair “knew what it was like to want something so badly, it burned a hole inside you”.

Such burning holes are evident in all of the protagonists in this collection, a vibrant and memorable bunch shouting out in pleasure and pain.