In this posthumous collection of short stories, Maeve Binchy’s mastery of exploring a complex situation with wit is much in evidence 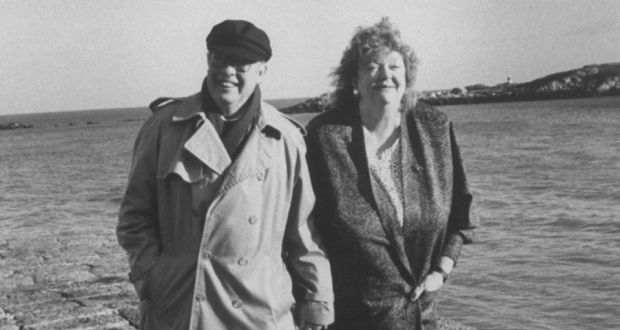 Anyone familiar with her wonderful journalism will know why the late Maeve Binchy and the short story were a perfect match. In her work for this newspaper she showed her ability to capture a complex situation or person in just a few thousand words.

Narrative journalism and short stories are deceptively difficult to write, but Binchy always made it look easy. So it’s not surprising that her first work of published fiction, back in 1978, was a collection of short stories, Central Line. And perhaps it’s fitting that this, presumably her final book, also gathers together some of her shorter fiction.

Chestnut Street , as Binchy’s husband, Gordon Snell, explains in his foreword, is a collection of previously unpublished stories written over several decades, “always with the idea of one day making them into a central collection with Chestnut Street as its centre”. The eponymous street is an ordinary road in a nameless Dublin suburb, but its inhabitants, past and present, have witnessed and experienced all sorts of things.

I’ve long defended Binchy’s work against accusations of “cosiness”, and although some of these stories are far from challenging, many of them focus on people dealing with tough issues, with plenty of ambiguity and no tidy endings in sight. In Miss Ranger’s Reward, a reserved former teacher in an unsatisfying relationship discovers the surprising effect she had on a former pupil. In Taxi Men Are Invisible a taxi driver witnesses the breakdown and aftermath of a marriage over the course of many fares, while Bucket Maguire is the heartbreaking story of a decent man determined to do his best by his feckless son.

In one of the best and most complex stories, The Gift of Dignity, a woman’s possibly willful ignorance of her husband’s affair creates friction among her friends, who struggle to understand how this sort of dignity could be more important than catharsis.

Some of the most entertaining stories in the book are the straightforwardly funny ones. In A Problem of My Own a secondary teacher is fed up with being a sensible problem solver for everyone from her pupils to her friends. So she decides to find a problem of her own, one “so terrible . . . that at least half my friends would have to hold consultations about it, would have to take me aside for serious conferences, would have to take me out of myself to get over it . . . And I was going to behave unreasonably throughout the whole thing . . . asking for advice and then never listening to it, let alone taking it.” Alas, she discovers that personal drama is surprisingly difficult to find.

Another witty story, The Wrong Caption, was surely inspired by Binchy’s experiences working in a newsroom, where, as she knew only too well, the photograph on the page may not always match the text beneath. In real life, Binchy famously almost illustrated a recipe for veal casserole with a photograph of open heart surgery; in the story a punctilious but unglamorous journalist called Nora finds love with a younger man and becomes the subject of a caption herself. And in By t he Time We Get to Clifden a fussy couple’s carefully planned rural holiday is disrupted by their flighty hippy neighbour.

Unfortunately, the decision to link the stories by presenting them all as being set on or connected to Chestnut Street feels like a mistake; it creates expectations of connections and coherence that fail to materialise. Some of the stories, including ones in which characters apparently live or grew up on Chestnut Street, are clearly set in England; in them and other stories, the references to Chestnut Street feel shoehorned in. In most of the book there is no strong sense of a distinct location.

The same characters pop up in just a handful of stories, and in these tales Binchy show these residents of Chestnut Street from different angles so effectively that many readers may find themselves yearning for the book this could have been if the author had just had more time.

As is perhaps inevitable in a posthumous collection, a few of the stories don’t feel finished or polished; some just feel like extracts from potentially longer stories. The pieces aren’t dated, which is a shame: Irish society has changed so much over the past four decades that some context for these tales of romantic and family complexities would have been nice.

But there are still enough little gems in Chestnut Street, enough kindness, wisdom and insight into human nature, to remind readers why Maeve Binchy was one of the most beloved writers this country has produced.