Review: ‘The Only Story’ is also a work of carefully tamped fury at post-war fate of women 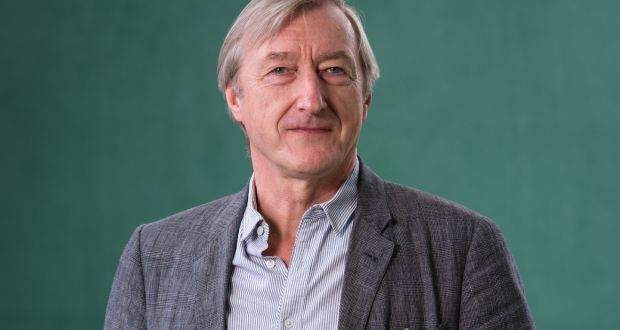 Book Title:
The Only Story

Late in life, Paul, the narrator of Julian Barnes’s 13th novel, finds he has forgotten cardinal facts about his youth, but perfectly recalls idiotic, dull, accessory events. The voice of Susan, an older woman whose love has defined his life; the weather during the early days of their romance; the way she arranged her legs during sex – these memories have fled.

Instead, Paul remembers an angry man with hairy ears who nearly ran him over one distant afternoon in Surrey, on the outskirts of London and adulthood. Barnes has a deal of subtle fun with the lures and refusals of Paul’s memory, but The Only Story is chiefly about the obscurity of his viewpoint as a young man, when he stood before that irate, middle-aged motorist and shouted: “You’ll be dead before I will.” It’s perhaps the only one of his callow certainties that can be relied upon in retrospect.

Though Barnes will not give us exact dates, the novel begins in the early or mid-1960s. Paul, aged 19, is eager to quit a semi-rural scene of tennis clubs and “vocal, incompetent cricket”, bridge parties and sherry, the whine of milk floats and the chug of petrol mowers on Sunday afternoons.

At tennis, Paul meets Susan, who is 48 and married with two daughters around Paul’s age. To the horror of Paul’s parents and Susan’s family, they begin an affair, which almost nobody involved will quite name or acknowledge – though the lovers are soon thrown out of the tennis club.

It’s Paul who gives a name to what is going on: he has decided this is Love and it will survive anything uptight suburbia puts in its way. And it does survive, but at a cost Paul takes a lifetime fully to appreciate.

His first mistake is to think Susan’s blithe spirit – “She laughs at life, this is part of her essence” – is proof of her experience and understanding. At 19, he simply cannot see her panic, nor how deeply, beyond the reach of her drunken, violent husband, she has buried anything resembling an authentic self. “We all have an act,” Susan tells Paul without very much sadness: “You’ll have an act one day.”

Nor can Paul know that the ingrained act is also a comfort, a way of passing the time. Wrenched out of habit, freed from the numbing routines of suburbia, surprised again by sex, Susan may not have the resources, or the words, to follow Paul past the terrifying innocence of an affair into the rigours of a new life.

And so things go. After her husband breaks her jaw, Susan uses her “running away fund” to set up house with Paul in the city. But she is panicked when meeting his university friends, crushed by the practical and emotional work of ending her marriage, and she soon turns to alcohol to dissolve her anxieties.

The novel’s central section (of three) describes Susan’s decline and Paul’s efforts to cure and cover for her. Also, his lingering pride in their unconventional relationship: at least he has not become a “furrow-dweller” like his friends, with their cheerful, ordinary girlfriends and their thoroughly respectable ambitions.

Still, at the extreme of their codependent misery, Paul cannot grasp that in life there are only furrows, more or less deliberately ploughed.

If that seems a dispiriting lesson, or a quietist one, The Only Story is also a novel of carefully tamped fury at the post-war fate of women like Susan, who early on informs Paul that hers is a “played-out generation”.

Paul may not be able to view things from Susan’s point of view, but he discerns (if dimly) what a raging, buttoned-up patriarchy has done to her. Her limitation is that she has only found ways to cope with the situation, and is afraid to change it.

Paul’s constraint is that he has no idea what that feels like. As a piece of novelistic machinery, scanning the creaky hard drive of his memory, Paul is not so much an unreliable narrator as a ruinously limited one – in spite, or because, of the fluid ironies of his storytelling style.

This being Barnes, there are seemingly finicky games with narrative voice. The three parts of The Only Story are broadly told in turn in the first, second and third person singular. But Paul also swerves suddenly and briefly between ‘I’, ‘you’ and ‘he’, as if he’s no longer sure who has lived this story.

Barnes’s characters equivocate over language all the time. Susan’s generation are all working hard at crosswords, or surreptitiously cheating; when Susan reads Paul’s diary, with its accounts of her drinking, she scribbles an enigmatic footnote that leaves him flummoxed.

Paul has been very sure of himself, his Love, and other big words that hurt us; Susan knows better: “The words don’t fit. They rarely do.”

Brian Dillon’s Essayism and In the Dark Room are published by Fitzcarraldo Editions. He is working on a book about sentences.