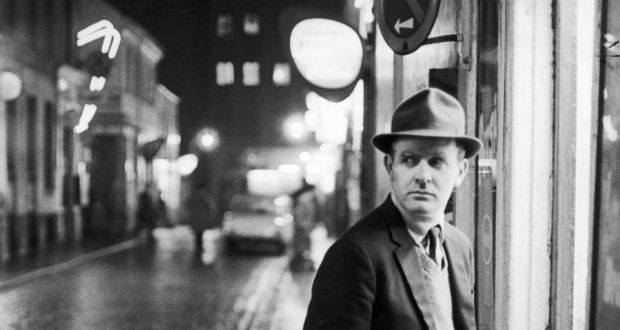 John le Carré (84) is a writer of towering gifts, whose fiction appeals to a reading public both popular and literary. His first acclaimed espionage novel, The Spy Who Came in From the Cold (1963), described a betrayal of Cold War loyalties in the shadow of the Berlin Wall, and remains a disquieting parable of political conscience.

In the great novels that followed – A Small Town in Germany (1968), Tinker Tailor Soldier Spy (1974), A Perfect Spy (1986) – le Carré’s gift was to locate the moment of crisis when a character loses faith, political or otherwise, and life is exposed in all its drab wonder.

With 23 novels to his name, le Carré is a prolific chronicler of wretchedness, betrayal and damaged faith. A writer of his stature would need a very good biographer.

In 1989, the critic Jeffery Meyers set to work, but le Carré chose not to co-operate. Two years later the Sunday Times journalist-turned-novelist Robert Harris submitted a proposal but, again, le Carré declined. (He did not believe, he said, in “authorised biographies”.)

Le Carré has exercised a judicious censorship over his work all his life in fact, and made no secret of his reluctance to appoint a biographer. Now, however, he has allowed Adam Sisman access to papers and letters.

The result, John le Carré: The Biography, is a model of exposition and tact. While not hagiography, it is certainly very admiring. Having conducted over 50 hours of interviews with le Carré, Sisman says he grew to like his subject immensely, finding him an “excellent raconteur”.

Le Carré is unquestionably a difficult subject for biographers: not only can he make the wildest nonsense about himself credible (reportedly he enjoyed “playing” on his first wife’s suspicion that he was homosexual), he has encouraged others to add to it. “I’m a liar.”, he says. “Born to lying, bred to it, trained to it by an industry that lies for a living.”

Sisman, a trustworthy exegete, teases out the strands of a contradictious life. Owing to a paucity of information he has not been able to shed much light on le Carré’s involvement in the British intelligence services during the 1950s and 1960s. The Official Secrets Act has obliged le Carré to keep that part of his life hidden from Sisman. In many ways, however, le Carré’s life is his own finest creation. Much of his writing – short stories, novels, the odd poem, scores of letters – is in some sense thinly veiled autobiography. The Perfect Spy (in Philip Roth’s opinion, “the best English novel since the war”) is in part a fictionalised memoir of le Carré’s shady businessman father Ronnie, who took pleasure in duplicity if not outright dissemblance.

Born in Dorset in 1931, le Carré was introduced by his father to intrigue at an early age. Outwardly a jovial man with his pinstripe suits, Brilliantined hair and Bentley cars, in reality Ronnie was a confidence trickster harassed by bankruptcy petitions.

Le Carré’s own later interest in double-dealing and subterfuge might have had some connection, Sisman suggests, to his father’s murky example. Ronnie was not only tangled up in the Kray twins’ London underworld, he worked as a gun-runner in Southeast Asia. He was a man who moved in circles where loyalties were seen to shift opportunely and where traitors were never far away.

John le Carré does not exist. The name is a “cover” for someone called David Cornwell. The origins of the pseudonym remain obscure (“carré” means “square” in French) but Cornwell’s early life is no less shadowy. “David” (as Sisman annoyingly insists on calling le Carré) attended Sherborne public school in his native Dorset, but left in distress after a teacher reportedly made advances on him. Whether this really happened, we cannot know for sure.

Afterwards Ronnie sent his son to school in Switzerland, after which he spent 1948-1949 at Berne University.

The future novelist saw military service in Austria, and then read modern languages at Oxford, where he led a “double life”, says Sisman, reporting to the M15 on the activities of far-left groups while flirting with Communist Party membership.

Whose side was le Carré on? (Not surprisingly these conflicting loyalties and shifting political loyalties would colour his fiction.) Oxford life was often impoverished, but le Carré’s super-wealthy contemporary Reginald Bosanquet (later the ITN newsreader) helped when funds were short.

After graduating in 1956, Cornwell worked for two years as a master at Eton College (teaching, among others, the journalist Alexander Chancellor). His ambition then was to be a commercial artist but, in 1958, the M15 recruited him. As an operative, Cornwell was required to tap phone lines, conduct interrogations and effect break-ins.

Two years later, in 1960, he was transferred to M16 (the foreign-intelligence service) at the British Embassy in Bonn. Le Carré’s predilection for secretiveness served him well in Cold War Germany, with its trap-door disappearance of double agents and gloomy, Big Brother atmospherics. East-west tensions reached new levels on August 20th 1961 when East Germany police began to seal the Berlin border and put up demarcation wire prior to installing the concrete wall.

Le Carré’s fist novel, Call for the Dead (1961), introduced George Smiley, the morally weary spymaster played by Alec Guinness in the 1970s TV series Smiley’s People. When the Berlin Wall came down in 1989, le Carré was left without a clear subject. The USSR had evaporated and with it the Cold War antagonisms that informed his matchless spy fiction. Nevertheless, le Carré had kept a hawk’s eye on the former Soviet bloc’s new breed of capitalist oligarch, as they became puffed up with more privilege than yesterday’s apparatchik.

His 2010 novel Our Kind of Traitor explored corruption within the City of London and the dubious money pumped into it from Putin’s Moscow. His last novel, A Delicate Truth (2013), was another fable of conspiracy and financial malpractice; its cast of international fraudsters and currency speculators recalling, perhaps, Ronnie Cornwell and his peculiar depredations.

Throughout, Sisman argues convincingly for le Carré’s greatness as a genre writer. Much of what now passes for literary fiction is mere creative writing. Few contemporary novelists (with the exception of Graham Greene) have fathomed with such intensity the suffering of this earth. Beneath the unsparing bleakness of le Carré’s vision, though, is a talent to amuse as well as unsettle. A handful of commentators (among them Salman Rushdie and Clive James) may have dismissed le Carré’s work as pulp romance, but it is nothing of the sort. In his trademark lucid prose, le Carré has chronicled the threadbareness of imperial Britain and the mirage of the country’s importance on the world stage. That is more than enough for any writer.

Ian Thomson’s biography of Primo Levi is published by Vintage

What does it mean, today, to call a magazine the European Review of Books?

Chrissy Teigen has made online bullying a business model

Chrissy Teigen has made online bullying a business model