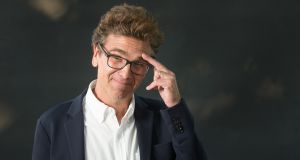 Book Title:
Instructions For A Funeral

“The roll-call of honour,” wrote Eileen Battersby in these pages in 2002, “from Eudora Welty to John Cheever, John Updike, William Maxwell… and Annie Proulx, is long and rich… Just when it seemed that things could get no better, along comes David Means.”

Battersby was, for many of us, for a long time, the gatekeeper of fiction in Ireland, and that she rated Means so highly is no surprise. Through three story collections and a Booker-longlisted novel, Means has written stories from the fringes, about addiction, mental health, violence, love, hardship, parenthood, being a brother, obsession… Instructions For A Funeral – his fourth collection – continues in this vein, Means’ forensic awareness working in tandem with a vernacular at once contemporary and folk.

Means’ work has always explored how stories are perpetuated, and in Instructions his characters continue to craft and recraft their stories for others, holding their memories up and turning them in the light to better understand or relate them. El Morro is about a girl finding herself on a road trip with an unhinged drifter. Confronted with an ancient rockface, now a tourist attraction, where Native American Indians have made markings for centuries, the girl – lifelost, abandoned by her rabid chaperone – still has the same compulsion as everyone else: “to scratch their names, to leave some indication that they existed”. El Morro is a brilliant fever of a story, reminiscent of Clarice Lispector and Denis Johnson, and perhaps closest in tone to Hystopia.

In a way, Instructions could be read as a sequence of moments. With exquisite control and detail, Means pulls up from the moment of occurrence, and twists it, until you are seeing that moment from a vantage point decades into the future, or seeing its formation in decades past. The moment, in this collection, becomes the nucleus around which a life develops.

Fistfight, Sacramento, August 1950 is a story in slow motion, about a fight in a parking lot. “Time lives retrospectively inside a fight,” we’re told, and so we experience it, “filtered and bent through time”, the significance of the fight considered at various stages in other years. In The Chair, a father chases his young son, panicking about what will happen if the boy reaches the low riverside wall. All the while, he’s accumulating, not-quite-subconsciously, moments in his son’s past and imagined future, acknowledging that “days like that would be sucked in a vortex of retrospect”.

And it’s not just that moments are significant. It’s that they can shape everything that comes after them, and reshape what came before, altering our stories of ourselves irrevocably. It is as if lifespans – eternities even – spin around each moment, pulling and dragging from it in a sort of gravity that’s both spiritual and cosmic.

And the sentences! The rhythm of Means’ sentences, their qualifications and adjustments, moves so that the sentences themselves live and evolve in the moment. Via brackets and em-dashes we flicker through time, between consciousnesses or thought-processes. Means uses clarifying verbs (“I think I thought”) to tweak our awareness of the ways our understandings and retellings evolve. Thus, accumulatively, the movement of tone, tense, feeling and insight across these sentences has the effect of the most visceral emotions evoked by music.

Instructions also negotiates a seeming break in the wall between reader, author and character. Some of the stories are narrated by a writer, and, in particular instances, Means/the narrator pierces the artifice of the story to address the reader directly: “I’d like to pause… If I put Frankie’s story in here, flashing forward, it would seem forced and ill-suited to the actual situation at hand.”

One section of Fatherhood Three is simply a note about an idea for a story, which reads like a short story nonetheless. The opening story (Confessions) is both a story in and of itself and an overture to the collection. You might wonder whether what you’re reading is fiction or autobiography. You might think you see connections. The truth is that it doesn’t matter whether the material is true, but it’s an innovative, intriguing way to draw the reader into the work as an active participant.

It also says something about truth and subjectivity. In a post-truth society, fiction has, arguably, the same capacity for truth as fact does for lies. Means interrogates this notion, looking beyond discontent, where it’s not comfortable to look, seeking grace, confronting the idea that we don’t exist as linear, developmental truth- beings exactly, but as rafts of self on swollen, choppy tides of retrospection. There is no objective truth, especially not in story, and the stories (and the moments within the stories) in this collection are waves in this great ocean of human experience, and it’s rare that fiction reflects this experience of existence with such skill and sincerity.

Danny Denton is the author of The Earlie King & The Kid In Yellow. He will guest edit The Stinging Fly for Summer 2019