How the other half studied: Trinity College Dublin in the 1960s

I arrived in Trinity from England as a shy seventeen-year-old in October 1959, the beginning of the World Refugee Year. Had I been thrust into the world then, I shudder to think what mess I’d have made of my life as I’d have been totally unprepared. But I was lucky: my Northern Irish stepmother had advised me to go to Trinity.

Unlike the 1950 comedy, The Happiest Days of Your Life, my school years were not that for me, Trinity was. And after a year in digs, I was fortunate to stay for four years in college, looked after by one of the first female "skips", Maisie Baker, in 28 Trinity College as it was then known (not yet obnoxiously termed "House 28" – what was that change intended to signify to the world at large? And why did Trinity need to ape others and describe itself as a campus? We lived "in College", not "on campus".)

I was a student during what was a remarkable era, when lecturers were idiosyncratic, and students had not yet started to flex their power and complain about lecturers and get them removed, as happened first, I think, to Sam Beckett’s friend AJ “Con” Leventhal. Admittedly we dozed in his lectures, but we came to Trinity because it was Trinity. There were about 2,400 undergraduates then, about 1,800 men and 600 women – one-third were Irish, from both sides of the Border, a third English, and the rest overseas: Commonwealth, American, European, Asian and African. 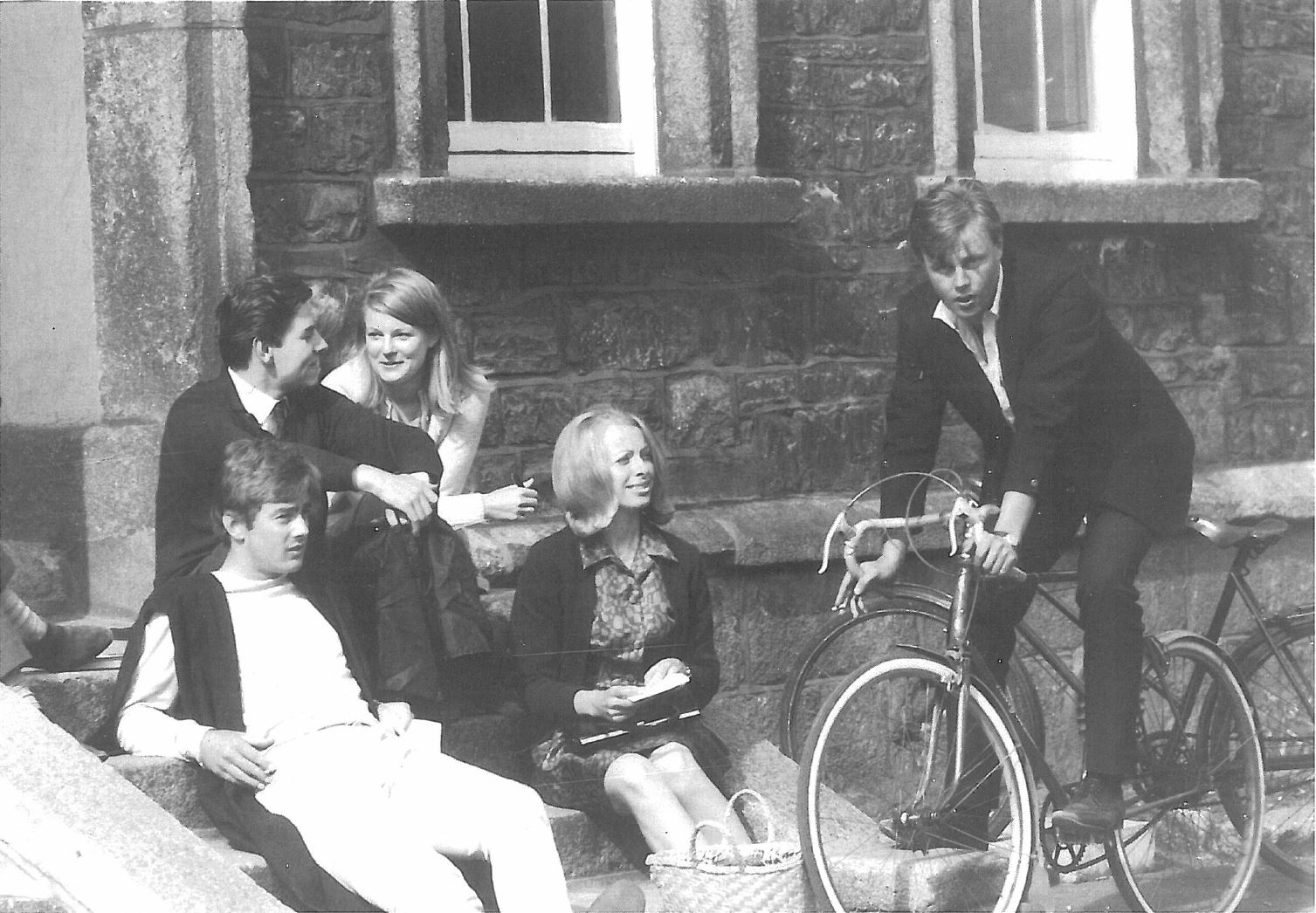 There were far fewer Irish students than there might have been, thanks to the Roman Catholic Archbishop of Dublin’s ban on good Catholics even setting foot in the college, so it was inevitably an international collection of students, ruled over by Dr AJ McConnell, Provost for 22 years, aloof in the Provost’s House, and the Board, and the legendary Junior Dean, Dr Robert Brendan McDowell. We later looked across the Irish Sea and were thankful that the changes that were taking place in England weren’t going to reach Dublin while we were there.

I found myself in this wonderful college, with its magnificent buildings, the library with its superb Long Room, playing fields, science buildings, living accommodation, a mass of societies, and hundreds of potentially life-long friends, all in a city that was at one and the same time the capital of a country, and in so many ways a university town.

As well as various societies, I joined the staff of Trinity News, which then survived on income from its sales and advertising revenue, and worked on it for about three years. (The more literary inclined students wrote for TCD, A College Miscellany). I joined the "Hist", the College Historical Society, the oldest debating society in the world, founded according to the Dublin University Calendar, in 1770. Others joined its rival, the "Phil", the University Philosophical Society, founded according to that same calendar, in 1853. The women joined the "Liz", the Dublin University Elizabethan Society, founded in 1905, and many lived in Trinity Hall, the ladies' hall of residence ruled over by its warden, Anne Brambell.

I remember those years with much nostalgia, as do those who gather periodically in cities across the world, and I really believe that those who were students then were the luckiest of those who attended Trinity after the second World War, which had ended 15 years before.

The world was getting itself sorted, we thought, although the refugee problem was still dire. We’d survived the Cuban missile crisis, and Kennedy’s assassination, Nelson had been toppled from his Pillar, but the Troubles in the North had not yet erupted in violence.

Trinity was more like an Oxbridge college than a university: you could know "everyone". And this is what Anne Leonard has shown us in her three volumes, the most recent, Portrait of an Era, a superb visual record of what Trinity was like in the 1960s, with essays and photos by students of students, of scholars, of staff, of President de Valera, of events, cars, fashion, Players, Trinity Week, Dublin pubs, sport, porters in their archaic uniforms, a time when all male students dressed in jacket and tie, and women only wore dresses, men living in college having to attend Commons in their black gowns every weeknight, and when roll calls preceded each lecture and all students had to attend six sevenths of those given in each seven-week term.

And at the beginning of the decade ladies had to be out of College by 8pm, so if they wished to attend a society event, they had first to get permission from Miss Brambell, as Dean of Women Students.

Anne Leonard’s book is a celebration of those years, not only as an exercise in nostalgics for those who were in college at the time, but a record of a world, a glimpse of history that had already vanished by the late 1970s (although Dr McDowell, the “JD” to all the students then, remained around for many years to come as a constant reminder for us of them). I think today’s students, looking through these pages, will be amazed and envious of us in that elegant, lost world.