Friends with the Enemy, a memoir by Val Mulkerns review: human and tender

Mulkerns is protean and quixotic, mercurial and wayward 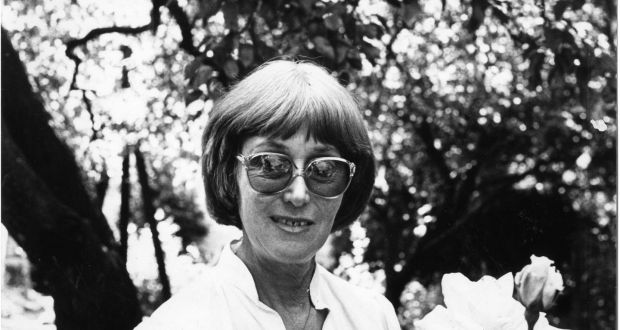 Author Val Mulkerns: In the early 1950s she returned to Dublin and secured an editorial position at ‘The Bell’, working under first Seán Ó’Faoláin and then Peadar O’Donnell. Photograph: Peter Thursfield

Book Title:
Friends with the Enemy, a memoir

When I was asked, following Val Mulkerns’ recent death, to write something for The Irish Times website about her, the first thing I did was to get down all her books from my shelves and these of course were originally my father’s and every one was dedicated by her to him. They were friends.

At the end of his life when he was in the Grove Nursing home Val Mulkerns visited my father there regularly and this book includes an account of going to see him, having heard an interview I gave on the radio about a novel I’d written and her telling him about the interview. Val Mulkerns obviously knew our relationship, that of my father and I, was somewhat threadbare; so for her to make this assertion was an event, even a provocation to my father. I offer the above so that you, reading this, will know that I am not an innocent commentator.

Val Mulkerns was born in 1925; her people were Dubliners, middle-class, frugal, pro-Treaty, and cultured. They sent her to the Dominican College in Eccles Street. After leaving school she worked briefly in the civil service, met MJ McManus, the literary editor of The Irish Press, who inducted her into the Kingdom of Letters, then went to England, taught at various schools, secured an agent, and published her first novel. In the early 1950s she returned to Dublin and secured an editorial position at The Bell, working under first Seán Ó’Faoláin and then Peadar O’Donnell, both, according to her account (which I don’t doubt) enablers who showed her how to flourish on Grub Street. Later she married Maurice Kennedy, settled in south Dublin and reared three children. Though she did work during this period she did not write novels: she simply didn’t have the time to write anything that was long form. But, once her children were up she went back to the novel and, in 1978, 24 years after her last novel, she published Antiquities. It was well received and its success catalysed a professional Indian summer. She worked for the Arts Council of Ireland as writer-in-residence in Co Mayo (she was Ireland’s first writer-in-residence in a rural library, I think), as an editor of anthologies and as a broadcaster for RTÉ. She was a stalwart of Sunday Miscellany. Maurice died in 1992. Val went on writing and publishing. She died early in March 2018.

A memoir, I think it is now widely accepted, is not a discreet form with rules but rather is an infinitely flexible form whose contents are whatever the author has determined are the important things that happened to them.

Friends with the Enemy is subtitled a memoir and unquestionably provides the reader with an idea of the writer’s life (some of the facts in other words) but it is not – and I mean this descriptively not critically – it is not a particularly personal book as modern memoirs very much are. Yes, there are feelings (her feelings for Maurice, her husband, are, even if only briefly, beautifully evoked) but it is not primarily book about feelings. Nor is it an account of the writer’s interior life either. It also omits huge chunks of experience; her children (probably to their immense relief), other than as names, barely feature at all. It is also (though this is not so untypical), it is also not a resolutely chronological book: it sort of moves forward, year by year, decade by decade, but the author reserves the right (a right she frequently invokes), to derogate from chronology and to flash backwards and forwards in time and to foreshadow, which is something one doesn’t often see in print nowadays. If her technique and register resemble that of any writer, that writer is Charles Lamb, especially the Charles Lamb of the Essays of Elia. Like Lamb, Mulkerns is protean and quixotic, mercurial and wayward (though always human and tender): finally, and most importantly, and this would be her most Lamb-like virtue, though working in the medium of literature her sense of the reader, on the other side of the page reading her words, is never out of her mind; the reader is always in her sights: this means that as a reader you have the uncanny feeling as you read that she is actually speaking directly to you, and this experience of being spoken to or at by her is one I’d highly recommend.

Carlo Gébler teaches at Trinity College in the Oscar Wilde Centre for Irish Writing and at the American College, as well as working with prisoners in the community in Northern Ireland. His latest novel is ‘The Innocent of Falkland Road’, published by New Island