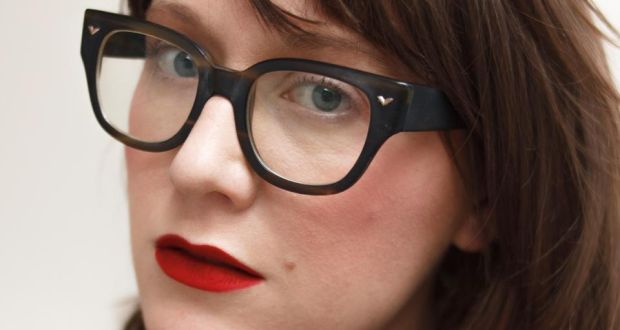 Barbara Bourland: inventive, colourful writer is one to watch

Barbara Bourland’s takedown of the art world in her second novel Fake Like Me falls somewhere between a masterpiece and a paint-by-numbers poster. With similar preoccupations as her acclaimed debut I’ll Eat When I’m Dead, the new book charts the life of a female artist in New York from her ingenue 20s into a more successful and cynical 30s.

At 34, our pink-haired, unnamed narrator lives in Brooklyn, is signed by a small but reputable agency, and is months from completing the biggest show of her life – seven huge paintings based on the seven Christian virtues. When a fire in her studio destroys all but one of the paintings, she manages to land a residency in Pine City, an artists’ haven in upstate New York. That the place was set up by five artists from her former school, the Academy, is the first of the book’s many coincidences, the most pivotal of which is the narrator’s obsession with the dead artist Carey Logan.

What follows is a kind of art world murder mystery, not quite a thriller, but a commendable detective story nonetheless, as the narrator makes it her business to find out the truth behind her art hero’s death.

You would think she has enough to be getting on with. For some inexplicable reason, she can’t tell her agent what’s happened to her paintings, or ask for an extension for her Paris show. There are vague explanations about money and investors put forth, but it stretches credibility with a character who already has a name for herself and paintings that fetch a good price. If anything, the story of the fire might add value to her name and work, but Bourland doesn’t seem too interested in grounding her plot in reality.

Other coincidences include the narrator’s former best friend Max, and Max’s new husband (a major player in the art world), just happening to live across the lake from Pine City; also, a stack of Carey’s old work diaries that the narrator comes across at various opportune times. An overegging of the ingenue card – “I was so young then, and very sheltered” – ramps up the paint-by-numbers feel, as does the narrator’s tendency towards whinging and regret in a story peppered with shoulds and if-onlys. Syntax can be an issue at times, particularly when the voice is lost to invective (on the commercialisation of art, capitalism, and white hetero middle-aged Manhattan men). All of the above feed into the main problem of the book, which is that it could have been edited down to a tighter, more thrilling read.

There is much within it that readers will love, however, particularly those with even a passing interest in the art world. The details of the narrator’s work are convincing, interesting and hit the sweet spot between technical knowledge and rich description. She paints “primarily in oil, which has enough variations in tone, hardness, depth, and clarity to rival most spoken languages. It can be thick and weirdly inconsistent like an unpasteurised soft cheese; deliciously smooth and stable like a room-temperature buttercream frosting”. We understand, too, the sheer graft behind the huge paintings she’s commissioned to make: “On day 10, I went for 12 hours, nonstop, scraping a slab of oxidized copper with a razor blade dipped in vinegar.” The physical and mental toll of making art certainly comes through. Meanwhile, the restrictive nature of the market is clear: “I had stumbled, if unwittingly, onto one of the art world’s invisible rules: Make something people can talk about.”

The scathing reviews of the jaded art critics are well done too: “She is certainly no longer the daring youngster who asked us to look unflinchingly upon the bodies of murdered women; instead she asks us to regard her newfound privilege. Unlike her, I did not find it interesting.” But best of all, Bourland gets to the heart of why people create, the impetus within that drives the art and artist forward: “All artists are of course doing that same thing: We are burying our past selves within the work, pieces of which rise to the surface without our permission like bodies in a flood.”

Likened to Rebecca by its publishers, Fake Like Me has more in common with contemporary writers like Curtis Sittenfeld and Janet Fitch. While not as finely tuned in the prose, it still marks Bourland out as a writer to watch – inventive, colourful and with plenty to say for herself. As her narrator tells us, “the great and golden rule of art, as well as of life, is this: That the more distinct, sharp, and wiry the bounding line, the more perfect the work of art; and the less keen and sharp, the greater is the evidence of weak imitation, plagiarism, and bungling.” Bourland almost reaches the line herself with her enjoyable second book.