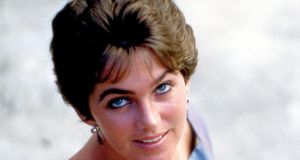 Lucia Berlin: it wasn’t just homes she went through quickly: at one point, two whirlwind romances, one of which led to marriage, are dispatched in a single page.

Three years ago, readers who delight in stories of a dissolute and desperate world – slices of life that occupy that sweet spot between Jean Rhys and Raymond Carver – were delivered a very great treat with A Manual for Cleaning Women, the selected stories of Lucia Berlin. Anyone new to Berlin should begin with that book, a rare collection which benefits from being read sequentially, like chapters in a novel. That’s because Berlin’s best stories are heavily autobiographical, drawing on her experiences of peripatetic living, drudge work and alcoholism, and together they provide a broken portrait of the artist, a memoir in scraps.

Understandably, Berlin’s estate and publishers have capitalised on this, and so we get Evening in Paradise, unarguably subtitled More Stories, which contains 22 of the stories that weren’t included in A Manual for Cleaning Women. You might assume that these represent the crumbs from the table, the ones not good enough to make the first volume, but that’s not the case. It’s true that the first stories here are fairly traditional, artful and studied and as a consequence not very like “a Lucia Berlin story”. But you can’t keep a good stylist down, and an authentic voice begins to come through in stories like Dust to Dust, which follows the death of the narrator’s friend’s brother: “It would have been in poor taste for me to tell the girls at school just how many unbelievably handsome men had been at that funeral. I did anyway.”

There are other familiar elements: drinking (“seventeen is too young to be an alcoholic”), lifestyles shocking to bourgeois observers (“None of you have slippers? You drink in the morning? You have no toilet brush?”), and a particular strength in very short fiction, such as Rainy Day, a prose poem in a dozen lines. “I can stand a drying out. Trouble is when I sober up. Alcoholics think more than most people and that’s the truth. I drink just to shut off the words.”

With Berlin’s stories containing such artful carvings from life, you might wonder about the need for Welcome Home: A Memoir with Selected Photographs and Letters, published alongside Evening in Paradise. Her son Jeff Berlin says that she intended this book to be “simple sketches of the places [she had called home], with no characters or dialogue” – a troubling promise when characters and dialogue are her greatest strengths. And while the book is beautifully produced, on quality paper and stacked with colour photographs, without the photos and letters the memoir itself is no more than 50 pages long. The letters, mostly written in Berlin’s late 20s and early 30s, can be dispatched quickly. They’re largely undistinguished, being written with the left hand, but become interesting when she talks about her struggles with a novel that was never finished, relations with a publisher and an agent (“he is a goddamn pimp”), and her growing understanding of her capabilities as a writer.

The memoir part of Welcome Home – those sketches of places she lived in, all over America as well as in Mexico and Chile – was left unfinished at the time of Berlin’s death (it ends mid-sentence), but is nonetheless an essential companion to her fiction. The irony of the title becomes apparent as we see that Berlin lived in dozens of places she called home, while rarely getting to know them well before moving on. Initially this was dictated by her father following his work as a mining engineer, later by something in her character which seemed resistant to stability. And it wasn’t just homes that she went through quickly: at one point, two whirlwind romances, one of which led to marriage, are dispatched in a single page. We also see the raw material for her fiction: her partner Buddy, who was hooked on heroin, becomes Buzz in the story La Barca de la Ilusión from Evening in Paradise (“No, she thought, it isn’t going to be alright. The fear and the desolation felt familiar to her, like coming home.”)

The succinctness of these pieces is part of their strength, as is what they omit. When writing about a time in Arizona, she asks “Is it possible that we were all happy every day that we lived there?” She doesn’t wonder this about the other 38 places she called home. But for all the upheaval they depict, the vignettes in Welcome Home are never depressing. They have too many of the appealing and funny qualities of her stories for that, from eye-catching description (“her breasts were so enormous she had to eat sitting sideways”) to a knack for the absurd. When her first husband, for example, chose modern furnishings for their home in Albuquerque, she observed ruefully that “the forks had only two tines, so it was difficult to eat spaghetti”.