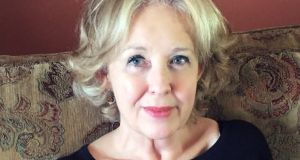 By any yardstick, seven poetry collections, four novels and now three short story collections would indicate that Mary O’Donnell is an established writer. Furthermore, the recent publication of an essay collection devoted to her oeuvre, Giving Shape to the Moment – The Art of Mary O’Donnell: Poet, Novelist and Short Story Writer, provides concrete proof of the esteem in which she is held among the academic community.

A member of Aosdána, a regular guest speaker at literary festivals and valued contributor to the popular radio programme Sunday Miscellany, O’Donnell is definitely well-known, but at the same time inexplicably neglected. Her name is rarely mentioned when lists of the best contemporary Irish prose writers are compiled, which may have something to do with her being better known as a poet, but is also undoubtedly due to her decision to cover different areas in each new work, thus raising difficulties with regard to classification of her writing.

Her latest short story collection, Empire, examines Ireland’s slow and painful emergence from the shadow of colonialism during the early decades of the 20th century. O’Donnell’s distinctive voice introduces us to an array of engaging characters – some of whom recur in different stories – struggling to find a place for themselves in an Ireland that is on the cusp of change. In the title story, Margaret and her engineer husband, William Wheeler, head to Burma during the first World War. In the course of their three-year stint abroad, the couple begin to resent how the British regard the “natives”, the pejorative term they use to designate the indigenous population. As an educated Irish man, William, in a way that mirrors Joyce’s Stephen Dedalus, finds that even he cannot master the language of empire: “How thick his tongue felt, how inadequate his fragile, civil sensibility in comparison to the fluent outpouring of ignorance and disparagement that flowed from Palmer’s [his boss’s] lips.”

The descriptions of Mandalay and the Burmese jungle, while they never match the stifling and sinister atmosphere of the colonial outposts evoked by Graham Greene, reinforce the couple’s sentiment of alienation. When they return to a much-transformed Dublin in the aftermath of the 1916 Rising, Margaret decides, much to her husband’s consternation, that she wants to go to university. She reflects somewhat ruefully: “Oh, if the world could only change and men and women be progressive enough in their relations to allow one another whatever freedoms they desired!”

Empire offers different perspectives on how people react to history as it unravels in front of their eyes. In Fortune on a Fair Day, a young Monaghan man decides to enrol in the British army shortly after the announcement that the 1916 leaders have been executed; The Black Church shows the impact of Easter 1916 on the inhabitants of inner-city Dublin; The Unchosen relates the feelings of a young insurgent contemplating his destiny in Kilmainham Gaol; Mrs Ward’s Diary introduces us to Francis, brother of Margaret from the title story, a man committed to the ideals of Connolly and the Irish Citizen Army, who falls in love with Anna, a Jewish refugee singer from Russia.

The collection ends with two memorable stories. Tutty’s Mother recounts the decision by his Provincial to move the Jesuit priest Fr Hubbard from the plush surrounds of Clongowes Wood College to a working-class parish in Dublin. The prospect does not appeal to him, the preferential option for the poor not being particularly high on his agenda: “He detested poverty’s diminishment of the human spirit. In poverty nothing happened but the learning, at best, of a distorted humility which came from having always to be grateful for the mushroom-like conditions with which one was surrounded: darkness and manure, to be specific.”

The Moss-Picker chronicles the courage and determination of Clara Macken after she becomes pregnant outside of wedlock in small-town provincial Ireland. In spite of the dire warnings from her family and the nuns in whose care she is placed, Clara decides to hold on to her baby. The only way she can achieve this is to commit to the back-breaking work of picking the moss used in the fabrication of bandages for the wounded Allied soldiers. Clara’s move to Dublin at the end of the story, where she will live with her baby in the house of her newly married sister, is a moment of triumph over adversity, a sign that it is possible at times to overcome accepted ideas as to how women should behave in certain circumstances.

The complex dynamics of human relationships, the struggle for political freedom and self-determination by both men and women, the difficulties associated with a colonial past and present, all these elements form part of Empire, a fine collection that confirms Mary O’Donnell’s standing as a fiction writer of real substance.

Eamon Maher’s most recent publication, co-edited with Eugene O’Brien, Tracing the Cultural Legacy of Irish Catholicism, has recently been released in paperback