Irish author’s ‘The Lesser Bohemians’ faces competition from Atwood, Proulx and others 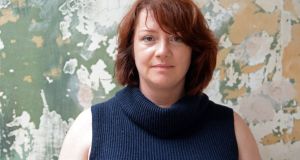 Eimear McBride is represented in the competition by her second novel ‘The Lesser Bohemians’. Photograph: Eric Luke

In keeping with the celebration of International Women’s Day, the longlist for this year’s Baileys Women’s Prize for Fiction, which features writers from six countries, including Ireland, is announced today.

A previous winner, Irish writer Eimear McBride, who won in 2014, is this time represented by her second novel The Lesser Bohemians.

Among the 16 contenders, three of whom are debut novelists, are two of the most formidable literary minds at work anywhere: Canadian Margaret Atwood and the Pulitzer Prize- winning US writer Annie Proulx.

Atwood’s challenge comes in the form of Hag-Seed her witty contribution to the Hogarth Shakespeare series in which she reimagines The Tempest in a narrative that culminates in a multimedia stage production in a correctional facility.

Proulx looks to the destruction of the world’s forests in Barkskins, an ambitious, sprawling and frequently heavy-handed family saga, her eighth and longest novel, spanning more than 700 pages.

Both will have to contend with one of the finest British novels of recent years: Rose Tremain’s The Gustav Sonata. Tremain, a winner in 2008 for The Road Home, is one of six British writers on the longlist.

The Gustav Sonata is her 14th novel and is set in Switzerland during the second World War. Muted and somewhat European in tone, at times it feels as if one is reading a superb translation. On what is a strong shortlist, in this the all-female prize’s 22nd year, this melancholic and beautiful work would seem a possible, and most deserving, winner.

That said, Canada’s Madeleine Thien cannot be ruled out, with her powerful third novel Do Not Say We Have Nothing, which was on last year’s Man Booker shortlist. Drawing on the experiences of her Malaysian-Chinese parents and their families, her epic narrative examines the impact of China’s revolutionary past. It should have beaten Paul Beatty’s obvious satire The Sellout to the Man Booker; it could win this.

The second of three US writers is Mary Gaitskill with The Mare. Author of Veronica and Two Girls Fat and Thin, Gaitskill is a fierce and original voice. Nothing is easy about her third novel, The Mare, a story populated by damaged people and traumatised horses.

When a recovering alcoholic marries an older man with baggage of his own who does not share her desire for adopting a child, she settles for becoming a host to inner-city children. A young girl from Brooklyn enters their lives. The girl understands the emotional needs of her host couple, but is more drawn to the nearby stables.

Also sharing a horse theme, if very different, is the third longlisted American, CE Morgan, with The Sport of Kings, her second novel, which is set in the world of racing and was nominated for the National Book Award.

The debut writers are South African Fiona Melrose with Midwinter; Nigerian Ayobami Adebayo’s lively Stay With Me; and from Britain, Emma Flint for her dark and scary thriller Little Deaths.

Also among the British contingent is confirmed realist Linda Grant, with her sixth novel, The Dark. She won the prize in 2000 for When I Lived in Modern Times. Naomi Alderman, another Briton, features with her fourth novel, The Power. Many readers will cheer the inclusion of Sarah Perry’s rampaging bestseller The Essex Serpent, which was voted Waterstones’ book of the year and impressed reviewers and readers alike. Probably the one to put your money on, but then you don’t gamble – pity that.

Heather O’Neill from Canada, has already impressed with her first two novels. Her third, The Lonely Hearts Hotel, is a characteristically confident, if slick, performance, while readers will be expecting British writer Gwendoline Riley’s sixth novel, First Love, to make the shortlist.

Even in company as interesting and as diverse as this, Yewande Omotoso, who was born in Barbados, raised in Nigeriand moved to South Africa, which she now calls home, stands out.

A practising architect, she is the author of Bom Boy (2011), and her second novel, The Woman Next Door, follows two neighbours, one black, one white, and how an incident causes them to cease hostilities and possibly become friends. Omotoso makes it clear that life is, indeed, a complicated business.