These tales impress in both variety and their economy of language 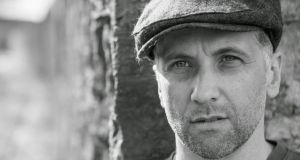 Tom Vowler is a writer of intricate, intelligent fiction, with a welcome wryness, and an interest in the macabre

This short fiction collection represents an old, but newly revived, model in publishing: the crowd-funded book. Samuel Johnson’s dictionary, for instance, was funded by a group of London booksellers in the 18th century. The publisher of Dazzling the Gods is Unbound, a UK-based outfit which is making large and impressive strides in this area. They have published, among many, Man Booker Prize longlistee Paul Kingsnorth and will shortly publish a comprehensive history of Irish food, Ireland’s Green Larder, by Portumna-based writer Margaret Hickey. The Unbound set-up, which produces high quality books in every sense, is one worth paying attention to by authors and publishers alike.

This second short story collection from Scott Prize and Edge Hill Prize winner Tom Vowler – he is also a novelist – is as impressive as one would expect. Vowler is a writer of intricate, intelligent fiction, with a welcome wryness, and an interest in the macabre, that is lightly but surely woven throughout. His prose has a formality of tone that works well with his troubled narrators, there’s a neatness and precision to it, a learned, English quality that brings to mind a modern-day Graham Greene, or the best of Ian McEwan. Vowler excels at the beautiful, gut-punching phrase that acts as both surprise and stark reminder that all is not well in these stories. Which is as it should be; short stories are slices of troubled time for their protagonists and the reader is witness to how the characters handle the troubles they are given. Vowler’s players deal with theirs in variously successful ways.

In the opening story Debt we find a drug-lord brother home to Dublin from Spain to lend a hand to his indebted mother. This is a neat story ostensibly about one debt, but it really centres on an older one, a youthful sibling bond that needs repaying. There’s a focus on contrasting lifestyles, a theme that carries neatly into the second offering in this book, At the Musée D’Orsay, which examines the uneasy friendship between a high-flying Paris-based couple and their less affluent English pals. The four attend a night of performance art that turns out to be more gruesome than anything else, though it is presented as a critique, by an artist, of critics.

The title story opens, atmospherically, to a heatwave: “Even the bluebottles have succumbed. Half a dozen, upended on the window sill, legs sculling the air in attempts to right themselves. The room a kiln, sun furious as it seethes onto the glass, braising him in a broth of wretchedness.” It is this kind of word by word exactness that makes Vowler such a good short story writer. Stories are not designed to be read hastily, despite their brevity. Instead, the short story begs to be savoured at a slow pace and to be mulled over, in terms of language and set up, even as the reader consumes it. Dazzling the Gods rewards the committed reader with gorgeous language and the “little bit of poison” that Lucian Freud found necessary for good art.

Too many short story collections contain slightly altered versions of the same story told again and again. There is welcome diversity in Vowler’s work, in both action and setting. In one story we’re in Gaza with a bereaved chess player, in another we’re inside a cottage in rural England, examining the fallout from divorce and secondary infertility, with a real dose of melancholic regret: “Anguish makes such spiteful fools of us.”

There is joy here to. Banging Che Guevara is a neat, humorous, episodic short-short story – five pages long – about infidelity, ambition and hope. The closing story Fireflies concerns an annual father-son nature walk and allows Vowler to showcase his deep love of, and appreciation for, the natural world. This is a warm story, full of startling images: we find “an exodus of rooks, wings clattering upwards in applause” and “phosphorescent algae are ignited by the turbulence, giving the boat a shimmering tail”.

In an interview in the current issue of literary journal The Lonely Crowd, Vowler speaks of the short story as “a unit of energy” where sentences must function at their “ultimate efficiency”. He says that language must be a vital thing “that arrests and kicks and bites, that startles and consoles”. All of this, as well as emotional insight, he has well managed in Dazzling the Gods. One senses in Tom Vowler someone who takes deep care with all aspects of his work; he is a writer for our times.