Cream of the crop: 30 great books for children and teenagers 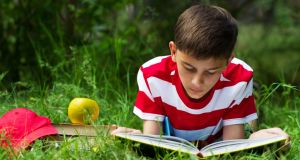 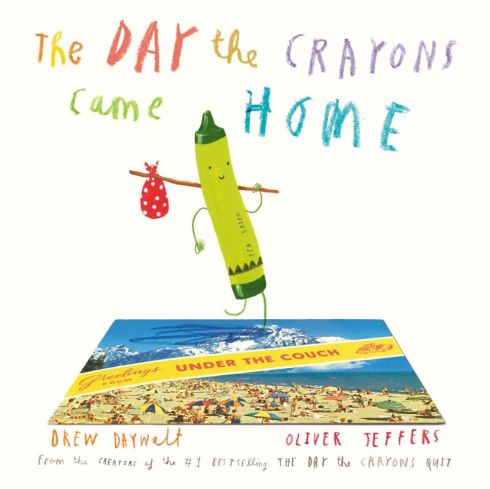 The Day the Crayons Came Home
By Drew Daywalt and Oliver Jeffers HarperCollins, £12.99
Duncan’s crayons want to return to base: the consequences are hilarious.

Mister Cleghorn’s Seal
By Judith Kerr HarperCollins, £12.99
A touching, beautifully observed story of the relationship between human and animal.

One Thing
By Lauren Child Orchard, £11.99
Charlie and Lola assume central roles in an imaginative (and very funny) celebration of numbers.

What’s Up, MuMu?
By David Mackintosh HarperCollins, £12.99
Not quite human, not quite animals, MuMu and Lox are engaged in establishing a friendship: the artwork is stunningly original. 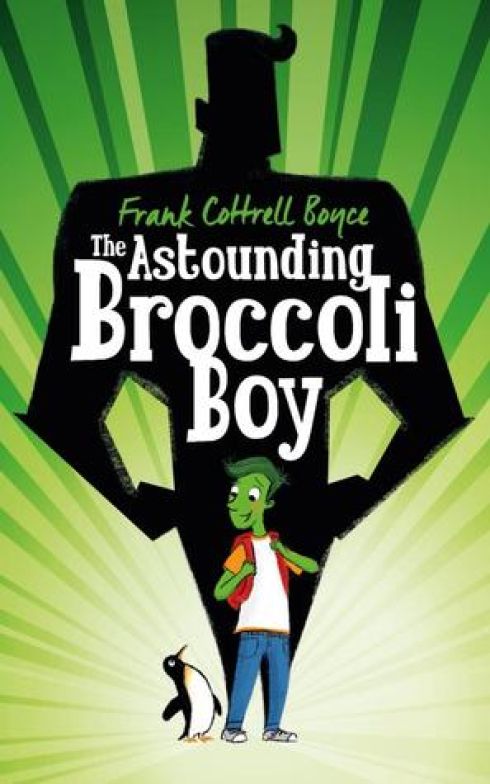 The Astounding Broccoli Boy
By Frank Cottrell Boyce Macmillan, £10.99
A sharp (and often very funny) insight into boyhood bullying, the humour blending engagingly with the “message”.


The Boy Who Fell Off the Mayflower
By PJ Lynch Walker Books, £12.99
Dramatic seascapes provide the setting for a vivid historical picture book focusing on the Mayflower’s transatlantic journey.

Sidewalk Flowers
By JonArno Lawson and Sydney Smith Walker Books, £11.99
Haunting wordless picture book, in which a little girl and her father traverse a city.

Once Upon a Place
Edited by Eoin Colfer, illustrated by PJ Lynch. Little Island, €15.99
Superb anthology of the best of contemporary Irish children’s literature. 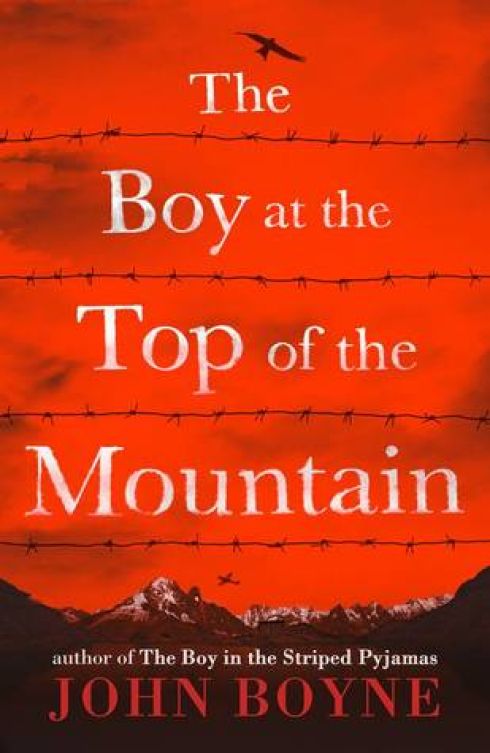 The Boy at the Top of the Mountain
By John Boyne Doubleday, £12.99 A chilling and intense novel exploring how easily innocence can be corrupted.


The Butterfly Shell
By Maureen White O’Brien Press, €8.99
13-year-old Marie has to cope with school bullies – and with her recurring nightmares: the two themes are skilfully joined.

Lost on Mars By Paul Magrs Firefly Press, £7.99
As a group of colonisers trek across “the red Martian prairies” disconcerting revelations about the planet’s past emerge.

Name Upon Name
By Sheena Wilkinson Little Island, €8.99
Belfast, 1916 and the stage is set for a novel depicting the effects on a family of clashing notions of patriotism.

The Wolf Wilder
By Katherine Rundell and Gelrev Ongbico Bloomsbury, £12.99
Lyrical novel in which Feodora and her mother train wolves to survive in the face of tyranny.

The Wordsmith
By Patricia Forde Little Island, €8.99
Wonderfully original futuristic novel focusing on language, its power to civilise – and, in the wrong hands, to dehumanise. 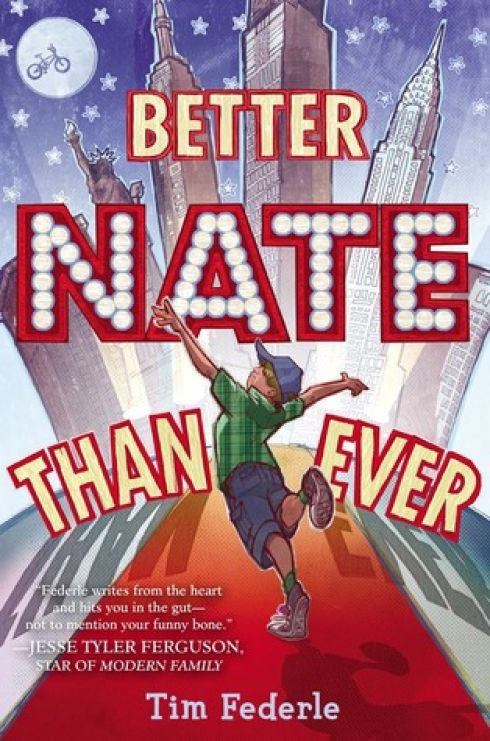 Better Nate Than Ever
By Tim Federle Walker Books, £6.99
Nate yearns to appear on Broadway: his aspirations are recorded with wit and much insight into early adolescence.

Game Changer
By Tim Bowler Oxford University Press, £6.99
A skilfully paced thriller, telling the story of Mikey, a teenager struggling, with his sister’s help, to overcome his fears.

Heartsong
By Kevin Crossley-Holland and Jane Ray Orchard, £9.99
Vivaldi’s Four Seasons provides the background to an elegant story of a mute girl’s discovery of her voice.

The Lie Tree
By Frances Hardinge Macmillan, £6.99
Faith, a Victorian clergyman’s daughter, contends with the strictures of her time in a blend of history and fantasy.

My Name’s Not Friday
By Jon Walter David Fickling, £12.99
Outstanding historical novel set during the American Civil War, dealing with a young boy’s experiences of slavery.

One
By Sarah Crossan Bloomsbury, £10.99
Written in free verse, this “epitaph to love” is the story of conjoined twins and the world’s responses to their “difference”. 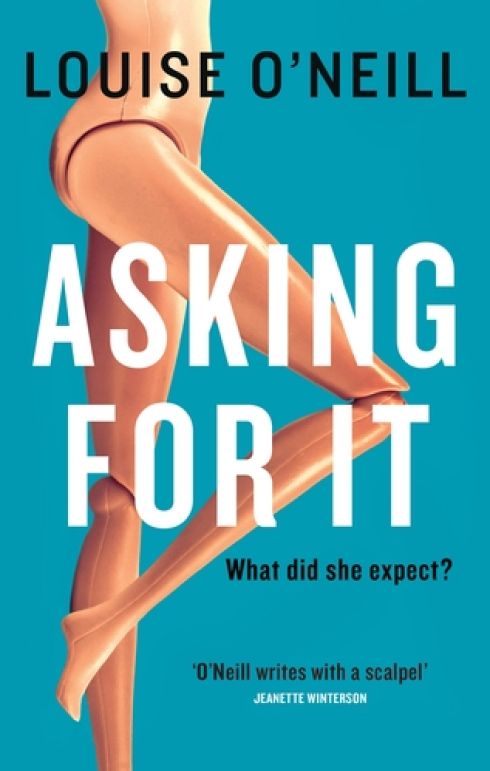 Asking For It
By Louise O’Neill Quercus, £10.99
A fearlessly provocative novel for the older “young adult” providing a dark portrayal of contemporary Irish teenage behaviour.

Fire Colour One
By Jenny Valentine HarperCollins, £6.99
Teenager Iris’s father is dying, his mother determined to seize his art collection: a novel rich in plotting and characterisation.

The Game of Love and Death
By Martha Brockenbrough Scholastic, £7.99
In the Seattle of the 1930s, some young people experience the joys and pains of adolescent love, heterosexual and otherwise.

The Rest of Us Just Live Here
By Patrick Ness Walker Books, £12.99
The waiting game known as adolescence is imaginatively dissected in this novel of “ordinary” American teenagers.

Simon vs the Homo Sapiens Agenda
By Becky Albertalli Penguin, £7.99
Simon, a 16-year-old gay American, comes to understand and accept his sexuality: an original variation on “coming out” novels.