A Tale of Two Plantations: Slave Life and Labor in Jamaica and Virginia review 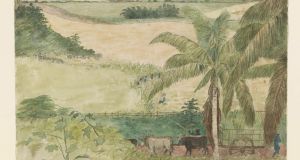 Book Title:
A Tale of Two Plantations: Slave Life and Labor in Jamaica and Virginia

The study of slavery has enjoyed a high scholarly priority in the United States over the past half-century because many believe that the slave experience holds the key to explaining the persistence of racism in American society. Richard Dunn became a major contributor to the fresh investigation of slavery with his influential 1972 book, Sugar and Slaves, which discussed slave society in the British West Indies, and in a much-cited journal article, A Tale of Two Plantations, that he published in 1977 as a foretaste of an anticipated book by the same name.

In the course of explaining why it has taken him a further 37 years to bring A Tale of Two Plantations to completion, Dunn supplies a valuable critique of how the study of American slavery has developed over those decades, and he details how he is enhancing our understanding of American slavery conceptually, methodologically and factually.

The principal sources for his book are two detailed plantation inventories that lend themselves to comparative analysis. The first, compiled by plantation bookkeepers at the insistence of Barham family proprietors who usually lived comfortably in England, relates to a sugar plantation, named Mesopotamia, on the island of Jamaica in the years 1762-1833; the second, relating to the the years 1808-1865, was compiled by the servants of the Tayloe family of Mount Airy plantation in Virginia. This second inventory concerns several properties owned by Tayloe family members in Virginia itself and later also in Alabama, where they developed cotton plantations, and in Washington DC, where they maintained a mansion close to the White House.

The two time spans are not contemporaneous, but the extraordinarily detailed annual census of slave populations supplied in each inventory provide insights into the working and familial lives of slaves on each of the two properties during what Dunn describes as “the last three generations of slave life in their respective regions”. This description is justified because while slaves in Jamaica became technically emancipated at the insistence of the British government in 1834, slavery in the American South flourished until the end of the American Civil War. Each of the sources, therefore, deals with the lives of slaves both when slavery flourished and when it was becoming apparent that the institution was doomed.

Dunn acknowledges that most previous publications on slavery have been deficient because authors have had to rely primarily upon literary evidence generated by white people, whether opponents or supporters of slavery, with even “slave narratives” being tainted by the prejudices of white abolitionists who sponsored their production. In saying this, he is conscious that the sources he himself employs – diaries and correspondence, as well as the plantation census data already described – are very much the creation of the master class. While he despairs of ever being able to hear the subalterns speak, Dunn does trace the generational progress of some of the enslaved by constructing from the census data a sequence of lineages for those slaves whose ancestry he has been able to track back to some slave women present on each of the two plantations when detailed records first began to be compiled.

Through his analysis of this sequence of longitudinal creations, Dunn posits novel answers to several questions that have long perplexed students of slavery.

One topical question is the extent to which the existence of significant numbers of people of mixed race on almost all slave plantations constitutes proof – as is now popularly accepted – that black women were systematically raped by white men. In addressing this, Dunn discusses the activity of several plantation functionaries who indulged in the pursuit and ravishment of nubile black women, but he balances this against the fact that black women who became mistresses to white men were usually content with their lot. More surprisingly, he suggests that many black women who were normally partnered to black men and bore them children, preferred to be impregnated by white men in the knowledge that any mulatto children born to them had a much better chance than their black children of advancing within the system, and might even have their freedom purchased for them by their white fathers.

This brings us to the question of miscarriage and infant deaths, which were so prevalent on Mesopotamia that the distant and pious Barhams, like many historians since, believed that slave women practised abortion and infanticide rather than have their children become slaves. The evidence that Dunn adduces suggests that black women were usually anxious to bear children (black or mulatto) and cherished those born to them as best they could. Therefore, he attributes the low birthrate, and the miscarriages, stillbirths and infant deaths suffered by so many slave women – for which misfortunes they were frequently whipped – to malnutrition and to the harsh work regime that women endured on the sugar fields of Mesopotamia.

As Dunn proceeds with his comparison it becomes quickly apparent that the experience of being enslaved was much more harsh, and that mortality rates were much higher, in Mesopotamia than on any of the Tayloe plantations. However, he also makes it clear that slave labour was everywhere profitable for the slave owners, and that no slave, however skilled or trusted, was exempt from the lash or other demeaning punishment.

Dunn also finds that, in both instances, the slave regimes showed no signs of faltering until external factors (British armed force in the case of Mesopotamia and invasion by the Union army in the case of Mount Airy) brought them to a halt. And as he asks the fundamental question of why the workforces did not rise up against their oppressors, Dunn concludes that it was primarily because many slaves could always be found to co-operate with the system by spying on would-be saboteurs and arsonists and by helping their masters track down runaways. They did so, he writes, because co-operation was to their particular advantage in a hierarchical system where loyalty was sometimes rewarded and disloyalty was always punished with chilling inhumanity.

As he reaches this depressing and unfashionable conclusion, Dunn is careful to speak of co-operators rather than collaborators because he finds that once the death-knell of slavery had sounded, no planter or agent could rely on the loyalty of any slaves regardless of how privileged they had previously been. Also, when emancipation of a kind did come, the liberated slaves proved unwilling to work as paid labourers under conditions analogous to those that had obtained under plantation rule.

Therefore, while many of the arguments in A Tale of Two Plantations may not conform to the politically correct expectations of today, its overall thrust provides convincing evidence of how some slaves (and women better than men), in different regimes, survived and even improved their condition and, especially, that of their children, under extraordinarily difficult circumstances. Moreover, A Tale of Two Plantations reads beautifully, is argued persuasively and provides a wealth of insights into a world that flourished until little more than a century ago and which, thankfully, is lost forever.

Nicholas Canny, emeritus professor of history at NUI Galway, edited with Philip Morgan The Oxford Handbook of the Atlantic World, 1450-1850