Kitty Holland, the ‘Irish Times’ journalist who first reported the death of Savita Halappanavar, has written a book that will make you both sad and angry 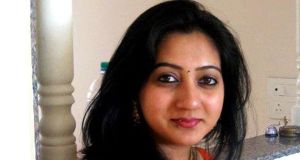 The shocking death of Savita Halappanavar forced Irish gynaecologists and obstetricians to go public about the fact that the abortion ban in the Constitution, and the failure of successive governments to legislate for abortion as required by the X-case judgment, had left doctors in a legislative no-man’s-land

When I had my baby in 1983, one of the brilliant nurses in the maternity hospital came along three days later and sat on the side of my bed. “Now,” she said, “it is my duty to tell you and all new mothers about the natural method of family planning.” “The temperature method?” I inquired. “And what about it?” “It doesn’t work,” she said and proceeded to tell me about something that would.

It was a Catholic hospital – most of them were – and here was a professional trying to obey the rules but determined that she wouldn’t lie to her patient. For decades, Irish nurses and doctors have trodden that often impossible line between rules or laws insisted on by the Roman Catholic Church and the best interests of their patients.

But we heard little of that constant dilemma until the shocking death of Savita Halappanavar forced Irish gynaecologists and obstetricians to go public. The abortion ban in the Constitution, and the failure of successive governments to legislate for abortion as required by the X-case judgment, left doctors in a legislative no-man’s-land.

The clinical director of the National Maternity Hospital, Peter Boylan, revealed the minefield they crossed every day in trying to look after their patients. “The current situation is like a sword of Damocles hanging over us. If we do something with a good intention, but it turns out to be illegal, the consequences are extremely serious for medical practitioners.” The masters of the National Maternity Hospital and of the Rotunda both called for legal clarity.

Boylan gave a further insight into the difficulties doctors operated under when he gave expert evidence to the coroner’s inquest into Savita’s death. Even if the doctors at University Hospital Galway had decided to terminate Savita’s pregnancy as late as Wednesday morning, when she had been in hospital for four days and was obviously very ill, there might have been a further problem with the midwives. He said he knew from experience there could be further delay if midwives in the unit had a conscientious objection to termination, even in an emergency.

Transferring her to the delivery ward and termination, he said, would be “dependent on the midwives in the delivery unit accepting care of Mrs Halappanavar when it was known that the foetal heartbeat was present”.

This picture of doctors having first to satisfy themselves that the mother’s life was at risk before they could legally intervene, and even then having to deal with objections from midwife colleagues in theatre, all points to the danger of delay even in emergencies. And delay, as we know in Savita’s case, was fatal.

Kitty Holland got the story and has stayed on top of it in The Irish Times for the past year – and Holland has written the book. One of the most important things she does is to ensure that it is through the eyes of Savita’s husband and family and friends that we see the tragedy unfold. The light cast on us from outside is always sharper. The lies we tell ourselves don’t stand up to outside scrutiny. After all, abortion was decriminalised in India in 1971. Savita’s parents and friends simply could not understand why basic medical treatment, as they saw it, was denied to Savita in a modern European country.

Savita’s husband, Praveen, Holland tells us, saw this tragedy from the beginning as a straightforward matter of human rights: a woman’s right to decide – as any man would be allowed to decide – on treatment to protect her health.

Would an Irish person have seen the issue as clearly and pursued it as determinedly as Praveen did? Would they have stuck to their story as staunchly as he did? Any initial public feeling that Praveen might have exaggerated things in his grief was dispelled day by day as the coroner’s inquest proved Praveen right on most issues. The hospital had denied that anyone had said “this is a Catholic country” in explaining why Savita couldn’t have a termination. But then, at the insistence of the coroner, Ann Maria Burke, the clinical midwife manager, came into the witness box. “I did say, ‘This is a Catholic country,’ ” she said. It was a moment of truth. Once again, Praveen, and Savita’s friend Mrdula Vaseali, who had overheard the comment, were vindicated.

Holland has done an extraordinary job in pulling together the story of Savita’s time in hospital, in showing where Praveen’s and the hospital’s versions differ, in pointing up different aspects of the coroner’s inquest and the HSE inquiry, in giving the complex history of Ireland’s constitutional and legal battles on abortion, and in mapping the political fallout and the changing public attitudes.

There are times when her attention lapses and you’re left with a wandering “they” that you can’t immediately pin down. But these are small faults in a book as ambitious and as quickly produced as this. It is essential reading for any of us who have lived through this time and need to remember its lessons.

It will make you sad and it will make you angry. First, when you see Savita’s dazzling smile on the cover and know the life she should have had. Second, when you follow her husband’s dignified search for justice and his determination that this will never happen to another woman. Because, of course, it could.

When I asked a senior obstetrician if he believed that the new Protection of Life During Pregnancy Act would protect women in a similar situation, he said, “Listen. If ever a woman is in similar danger again, and there’s any reluctance to take action, all you’ll have to say is one word: ‘Savita’.”

But that’s not enough. Memories can fade, even of a such a tragic death. What women need, and don’t yet have, is the certainty of a law that allows abortion when their health, not just their life, is in danger. We have a right to that. So did Savita.

Savita: The Tragedy That Shook a Nation, by Kitty Holland, is published by Transworld Ireland, priced £14.99

Olivia O’Leary is a journalist and broadcaster. She does a political column on Tuesdays for RTÉ Radio’s Drivetime.