Kilkenny’s elite animation house, makers of ‘The Secret of Kells’ and ‘Song of the Sea’, is competing with the best of Hollywood – for a fraction of the money 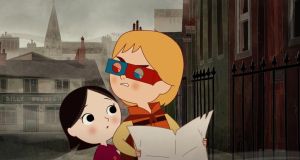 Ben and Saoirse in Song of the Sea 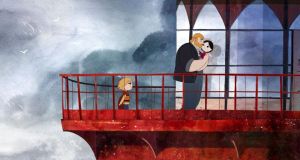 Ben and Saoirse with their father Conor in a scene from Song of the Sea. 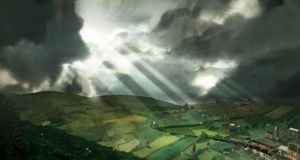 In the Cartoon Saloon studios, a rabbit warren of spaces housed in a former brewery in Kilkenny, Jackie Cole is drawing mice. On her computer screen

, an internet search has thrown up various images, but she’s trying to capture the essence of mouse, the core form that will become the basis of a character in one of the Saloon’s next films.

The studios are quiet now, but that’s all about to change, with the announcement that Angelina Jolie has come on board as executive producer of it latest co-production, a realisation of Deborah Ellis’s book The Breadwinner. This is the story of Parvana, a young girl living under the Taliban regime in Afghanistan, who must disguise herself as a boy and become the breadwinner of the family when her father is unfairly imprisoned.

“Animators are actors with pencils,” says animation director Fabian Erlinghauser. “When you’re animating a scene where the character is smiling, you find yourself smiling too,” adds Louise Bagnall. “And if it’s a complex movement, sometimes we get up and act it out. You might take a jumper off in a certain way, but that doesn’t mean the character would. Though you can’t have a room of 70 animators all jumping about.”

Behind the scenes at Cartoon Saloon is a mixture of light and dark, lively and quiet. The animators finish each another’s sentences with easy good humour. In the rec room, two coffee makers are on the go (“one is always breaking”). There’s also a handy crate of beer. The main lights are off so that the animators can see their screens better, but here and there small pools of illumination spill where others are hand painting different backgrounds. Headphones aid concentration.

“It’s 60 to 70 people who all need to be in tune, like an orchestra, so it’s very disciplined,” says Erlinghauser. “You want your scene to be good, but you’re also serving the greater good,” adds Bagnall.

Cartoon Saloon was set up in 1999, when Paul Young and Tomm Moore graduated from Ballyfermot’s acclaimed animation course and, as Young describes it, “took a gang of animation friends down to Kilkenny”. Sixteen years later, and with Oscar nominations for The Secret of Kells and Song of the Sea, they are now working on five different projects, including The Breadwinner. Early working drawings are tacked up here and there.

“We don’t really call it a cartoon – it’s an animated feature,” says Erlinghauser. “We don’t exactly do the ‘funny animal sidekick’ thing. We try to do deeper things.”

“When you’re dealing with things that are more culturally sensitive,” adds Bagnall. “Animation can let you remove that first layer of recognising the actor.”

“It comes back to family,” says fellow animator, Rory Conway. “She has to provide for her family.”

Conway is divides his time between the studios and Kilkenny’s Butler Gallery, where he is animator-in-residence at The Song of the Sea exhibition. The show takes you through the fascinating process, from first sketches to the final realisation, with hands-on opportunities and a room full of drawings showing how the characters are created.

“It’s a layering – it takes a multitude of drawings to realise an amazing film like Song of the Sea,” says gallery Director Anna O’Sullivan. “Seeing the sketchy drawings that evolve into the watercolours and then into the finished animation, they’re works of art. And it has been intriguing for people to see that.”

A timeline on the way into the gallery details just how extensive that process is, with 17 different stages, from Idea through Story Board and Character Design to Ink and Paint, Music and Compostion, to Final Edit and then World Premiere.

Although it uses state-of-the-art equipment, Cartoon Saloon deliberately works in 2D animation, with hand-painted backgrounds. “Studios like Pixar and DreamWorks have the budgets for CGI, so why copy them?” says Young. “Also, we love to draw.” It’s a love that has helped Cartoon Saloon stand out from the crowd, though it was also born of necessity. In 2010, The Secret of Kells lost the animation Oscar to Disney Pixar’s Up. Kells cost €6.3 million to make, while Up had an budget estimated at $175 million.

Back to basics, I wonder how many frames it takes to make a character blink. “It depends on the blink,” says Bagnall. “About six,” reckons Erlinghauser. “The harder ones are when you have to convey an emotion. When someone cries when they watch the film – that’s good.” He describes animation as a calling, rather than a conscious choice.

Erlinghauser came from Germany to study at Ballyfermot in 1997. “We all knew about it there. I had been to a studio in Cologne in 1996, and they were all Irish. They’d been laid off when the Sullivan Bluth studios closed in Dublin” in 1995.”

“That was a good thing,” says Bagnall. “It forced people like Brown Bag to set up their own. There’s lots of cooperation between studios here.” Conway came to animation later. “I’d been in construction, but the bubble burst. It was animate or emigrate,” he says. He made an excellent choice. Song of the Sea is on limited release. The Song of the Sea Exhibition runs at Butler Gallery, Kilkenny until 11th October See butlergallery.com,