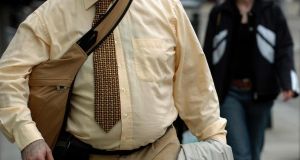 A report into the habits of people who work shifts has found that nearly 80 per cent reported getting insufficient sleep while two-thirds admitted to regularly skipping meals.

The study, by the SafeFood organisation, also found shift workers were more likely to be overweight. One in three were smokers, a rate significantly higher than the general population.

The research suggested that lack of breaks, shift patterns, poor availability of food, inadequate canteen opening times, and tiredness due to long working hours were the most common barriers to healthier lifestyles.

The survey of 1,300 workers also revealed that gender and age are influencing factors.

“We looked at existing studies in this area, as well as surveying more than 1,000 people to better understand the factors that influence their food and related lifestyle habits while working shift hours,” said Clare Corish, associate professor at UCD’s School of Public Health, Physiotherapy and Sports Science.

“What’s noticeable from the research is how skipping meals, inadequate physical activity and insufficient sleep are commonly noted by shift workers as behaviours that impact upon them,” she said. “We’re also seeing how the different workplace sectors play a role in those behaviours and how complex that can be.”

For example: “Health and social care workers have poorer access to healthier food options, and often an erratic, stressful work schedule, but in general have healthier patterns of food consumption and lower rates of smoking.”

By comparison, Prof Corish said the manufacturing sector has “more defined work patterns and breaks and [is] more likely to have workplace facilities available, but higher rates of smoking.”

Access to unhealthy vending machines was also seen as a negative influence, she added.

The study is at http://iti.ms/2eKavVg.