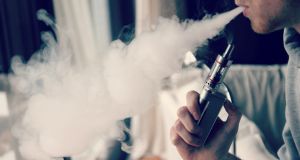 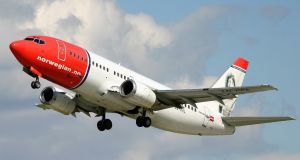 Norwegian: new aircraft will be used to expand routes

Can Hyatt Hotel Corporation pull off a deal to buy double-the-size Starwood Hotels? That is the question this week for quality hotel users.

The Hyatt, with 160,000 rooms, is in advanced talks with Starwood, which has the 350,000 rooms, about a takeover. Hyatt brands include the Park Hyatt, Grand Hyatt and Andaz. Starwood brands include Sheraton, Le Meridien, Westin and W.

China’s biggest hotel group Jin Jiang International Hotels has also shown interest in Starwood. Free wifi for Four Seasons guests and visitors Four Seasons Hotels has introduced free wifi for all its guests and anybody visiting its hotels. The one-click service will work anywhere in its properties and for an unlimited number of devices.

A premium 20MB service for those who want more bandwidth for large file uploads/ downloads, video streaming and gaming is also available for a fee. Norwegian signs Boeing deal for 19 new Dreamliners The rapidly growing low-cost carrier Norwegian signed an agreement with Boeing to buy 19 new B787-9 Dreamliners, with an option to purchase 10 more.

It is the single largest deal by a European airline.

The aircraft will be used to add more long-haul routes and expand the existing network.

Load factors at the carrier on long-haul routes are more than 90 per cent. Norwegian will begin flights from Cork to Boston next year.

E-cigarettes banned on flights due to fire risk The United States department of transportation has banned passengers and flight crew from placing battery-powered electronic smoking devices in checked bags.

Banned devices include e-cigarettes, personal vaporisers and any other electronic nicotine system.

There have been a number of incidences of e-cigarettes in checked bags catching fire.

Recently a device caught fire midflight in a carry-on bag on a Malindo Air flight. A passenger suffered minor burns and the crew extinguished the fire without.

1 Air travel never going ‘back to way it was’
2 Irish company to test vaccines on volunteers deliberately infected with Covid-19
3 Death of Nicholas Leonard, founder editor of Irish Times business section
4 Stripe wins more corporate customers, announces Salesforce deal
5 Coronavirus vaccine: 15 billion doses needed to inoculate the planet
6 How to . . . move (almost) everything to your new phone
7 Should I switch bank now with Ulster Bank at risk of closing?
8 Why performance appraisal systems are doomed to fail
9 Covid-19 mortgage breaks: What’s the catch?
10 Economic reasons for rise of populism will not recede
Real news has value SUBSCRIBE