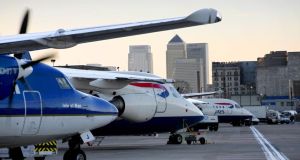 A darker side to ‘hypermobility’

You may never get sympathy from your friends, but there is a darker side to being “hypermobile”, or a road warrior.

Researchers at the University of Surrey and Linnaeus University in Sweden have published a study of what they call the “darker side of hypermobility.”

The study finds three types of consequence: physiological, psychological and emotional, and social. So next time you scowl at a friend or colleague’s Instagrams from around the world, pause for a moment and think of the damage they are likely to suffer. Read the report at http://bit.ly/1NEJI9a.

London City Airport knows plenty about what gadgets business travellers like and has come up with a list of useful items to travel with. For example, a Zolt charger will get you out of a hole in no time, simultaneously powering your laptop, mobile and camera.

The Livescribe Echo, meanwhile, is a slim pen that can record up to 800 hours of audio. It can also transcribe remotely into words on your iOS and Android devices and via USB to your laptop.

And avoid being let down by AV equipment by bringing a Brookstone Pocket Projector to meetings. It’s a small device capable of HD video output.

Five million hotel rooms in US

The number of available hotel rooms in the United States has passed the five million mark this summer. STR, the hotel data benchmark company, in its most recent census, put the total of rooms at 5,001,163 across 53,554 properties.

Growth is expected to continue this year at 1.2 per cent and to increase next year to 1.4 per cent. New York has been adding more rooms than any other market and the stock now stands at more than 112,000 rooms with 88 per cent occupancy.

Adjustments to fleet and network during the winter will mean a reduction in Etihad flights from Dublin to Abu Dhabi next year, from two to one from January 11th until June. The aircraft will change from an A330 to a Boeing 777, with 40 business-class and 340 economy seats.

United Airlines has announced the return of the Belfast-to-Newark winter service from January, three times a week. Cityjet will announce a rebrand next week that will include plans for the replacement of the current fleet.