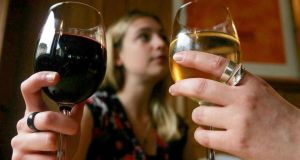 It wasn’t long before talk got around to the drinks industry’s most pressing issue: the apparent need for a budget cut in alcohol excise duty

Charlie Bird, the former RTÉ newsman, was on hand to referee an unexpected and rather prickly debate that ensued on Tuesday at a drinks industry-sponsored event in the Old Jameson Distillery.

The roundtable discussion, paid for by the drinks industry’s Support Your Local (SYL) campaign, was ostensibly held to promote tourism, but at times it felt more like a budget pitch for Big Drink.

The event brought together a range of industry representatives from the pub sector, restaurants, tourism groups and the drinks industry.

There was initially plenty of talk about the Wild Atlantic Way and what a great success it has been.

But it wasn’t long before talk got around to the drinks industry’s most pressing issue: the apparent need for a budget cut in alcohol excise duty.

SYL is essentially a single issue campaign: it wants the Government to reverse recent chunky hikes in excise that put Ireland third in the European league table for alcohol taxes. But lower taxes will obviously mean more drinking.

Ray Dempsey, the Pernod Ricard- owned distillery manager, was hit with a few pointed comments from the floor about whether excise was really a big issue for tourism at all, and the social consequences of more drinking.

The event’s moderator, Bird, who looks fierce relaxed since he hung up his microphone, made sure it didn’t descend into a bar-room brawl.

Perhaps sensing the danger that tourism could be used as a flag of convenience for the big drinks companies, Paul Keeley of Fáilte Ireland pointed out afterwards that the price of drink really isn’t that big an issue for tourists at all.

Big Drink isn’t the most popular lobbying force in Ireland.

Perhaps recognising this, it has hitched its campaign for a cut in drink taxes to the pub and tourism industries, which are full of smaller, cuddlier businesses.

More cuddly at least than the multinational behemoths that dominate the drink manufacturing sector.

A cut in excise will spur growth in consumption. The reality is that companies whose business models are mainly based upon shipping huge volumes – the breweries, major distillers, etc – are the ones who will benefit most from a cut.

The recent excise hikes didn’t exactly help pubs and other tourism-focused businesses. But a cut won’t do much for them much either.

There are far too many pubs in Ireland – twice as many per head as the UK – and there has been a cultural shift away from spending every spare hour supping pints at a bar. That is the real reason why so many pubs are closing.

Alcohol consumption is falling, and Ireland will be the better for it.

If the Government really wants to help tourism, it should spend more money on marketing Ireland abroad.