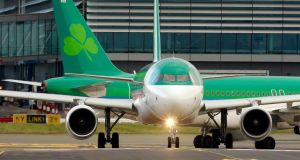 Rooms by the millions Meet the hotel group with a million rooms. That is the number of rooms Marriott expect to open or have in development this year.

When they open, the hotels under development will have generated $50 billion in real estate investment globally and will create more than 150,000 jobs.

Surge in bookings on hotel app Spanish-based Hot Hotels, the last minute hotel booking app is reporting an increase in business of 2,195 per cent.

Trading data for 2014 is very strong and ceo Conor O’Connor puts it down to smartphone penetration of the market, lower data roaming costs in the EU, hotels embracing last minute booking channels and more customers booking seven days in advance.

Don’t be hostage to ransomware The FBI has detected an increase in “ransomware” incidents and is warning business travellers to be careful what website they click on.

Ransomware works by infecting your hard drive, freezing your computer and demanding a ransom.

In some cases the software uses the name of the FBI or other reputable organisations or companies. More information at FBI.gov. Early bookers get best deals Data released by Travel Leaders Corporate in the US last week show that bookings made in the seven to 13 days before travel cost nine per cent less than those purchased within six days.

Booking made 14 to 20 days ahead of departure cost up to 24 per cent less.

That trend is expected to continue with further savings for savvy travellers.