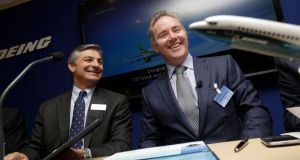 The eight year facility matures in December 2022 and will be used to finance new aircraft deliveries.

“The $800 million of commitments we have added since January follows additional debt financing of US$1.6 billion raised in 2013 including our inaugural US$636 million Emerald Aviation Finance ABS.”

Irish-founded Avolon grew its fleet by 9 per cent last year, bringing the number of aircraft to 182 by year end.