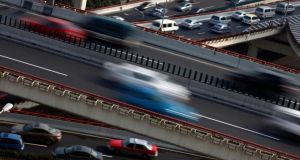 China has introduced tough new vehicle warranty laws which will allow consumers to get free repairs of faults or replacement of defective vehicles, a move that could increase costs for small domestic car companies.

The “lemon law” means that, for example, steering or brake problems that go unresolved after two repairs within a two-year, 30,000-mile warranty period will bring a full refund or vehicle replacement.

Also under the new law, if an issue or problem appears more than five times after repair, the owner can swap the car for a new one.

Previously, dealers and carmakers in China were under no obligation to buy back or replace cars with these kind of defects.

The big car makers like General Motors and Toyota will be able to take the lemon law in their stride, but it could prove a problem for domestic brands.

“The burden will be on domestic automakers, which will have to step up their game in terms of quality,” Dave Zoia, editorial director of the Ward’s Auto News and information website told China Daily.

“That may require some investment, as well as new sources for parts and changes in manufacturing practices,” he said.

Some of the bigger domestic brands such as Great Wall Motor Co, Zhejiang Geely Holding Group and BYD should be able to deal with the new rules, but there are many smaller players which will find it tough.

As in other sectors, the Chinese government is keen to rationalise and get rid of some of the smaller, inefficient players. There have been some signs of this happening.

1 Aldi empire wracked by family feud
2 NatWest considers closing Ulster Bank in the Republic
3 NatWest confirms review of Ulster Bank as Covid-19 bites
4 Will PTSB be Ulster Bank’s knight in shining armour?
5 ‘INM 19’ members win High Court applications for document access
6 TikTok to be banned from US app stores from Sunday
7 How Ireland managed to green the White House
8 EU signals late call on Apple tax appeal as deadline looms
9 Gabriel Makhlouf: ‘A full second lockdown would be very serious for the economy’
10 Cliff Taylor: What permanently low interest rates mean for you as a saver or borrower
Real news has value SUBSCRIBE