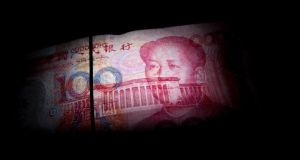 The widely anticipated internationalisation of the Chinese currency the renminbi, which is denominated in yuan, presents significant opportunities for the Republic, especially in asset management, where the State has a lot to offer as a conduit for raising capital using a fund structure such as undertakings for collective investment in transferable securities UCITS.

China is expected to make the yuan convertible in some form as early as next year, eventually putting it on a par with the dollar, and it has pledged to support offshore yuan hubs as it encourages greater international use of its currency.

Ireland accounts for 43 per cent of all hedge fund assets administered in the world, administers over a third of all exchange-traded funds (ETFs) in Europe and has been the fastest growing UCITS centre for three years in a row.

However, communicating this story to the Chinese industry has been a challenge.

The Irish Funds Industry Association (IFIA) and IDA Ireland are doing their best to win potential business here, but there is a need for Ireland to better resource efforts to boost the State’s competitive advantage against other domiciles such as Luxembourg.


Opportunities
Senior representatives from the fund management side of McCann FitzGerald and PricewaterhouseCoopers (PwC) were in Hong Kong and Shanghai this month looking at the sector and they came away enthusing about the opportunities.

“If Ireland gets even a small part of this effort to internationalise the Chinese industry, this is a huge opportunity. If the political will is there and the Irish financial services industry is behind the idea, Ireland could become a centre for renminbi-based transactions and investment funds,” said McCann FitzGerald chairman John Cronin.

Andrew O’Callaghan, asset management partner and deputy foreign direct investment leader at PwC Ireland, said additional resources were required: “Hong Kong and China companies are positioning for outward growth and if Ireland isn’t prominent, we will miss out. Our offering is good and chimes with the desire for stability. For a relatively small investment we’ve done very well and there are enough positive signs that we can compete; and this trip confirms that.”


Under-resourced representation
He was struck by how under-resourced Ireland’s representation is: “The Government needs to know that other countries are being represented at a very senior level. It would concern us that the level of resourcing has to be increased. People are hearing more from other jurisdictions.”

Ireland’s great asset-management rival, Luxembourg, has been far more aggressive in courting business in the territory. The Association of the Luxembourg Fund Industry opened a permanent office in Hong Kong in 2010 – the launch was attended by Hong Kong’s treasury secretary and Luxembourg’s finance ministry, and senior finance industry representatives are regular visitors.

In contrast, the representative office of the IFIA in Hong Kong is a joint initiative between the association and the Irish Chamber of Commerce, and the local representative is Conor O’Mara, who is a managing director at Jefferies.

While O’Mara is recognised as doing tireless work, organising events, meeting asset managers, publishing a newsletter and travelling in China promoting the IFSC, the financial crisis has put Ireland’s fund industry in a difficult position. Hong Kong fund managers say how they hear from Luxembourg-based funds that Ireland is somehow below an acceptable investment grade.

Mark White, head of McCann FitzGerald’s funds and asset management group, said the State’s success in attracting aircraft leasing companies from Asia was a useful model for the fund industry.

“But we need a dedicated person on the ground. The next three or four years are crucial and we can’t let the opportunity pass. People are more focused on where they are putting their funds. There is no downside to this at all. When you meet the players, a lot are very interested in what you have to say,” he said.

Among the measures being kicked around is upgrading Hong Kong’s consulate, currently an honorary consulate, to permanent mission, and that the consul would be one with a strong financial services background.