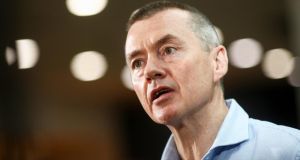 IAG, the owner of Aer Lingus and British Airways, is considering reining in fleet plans as worldwide economic growth slows and the company grapples with the effects of Brexit.

“Without doubt all airlines, including airlines within IAG, are reassessing their requirements for new aircraft,”as the outlook for growth has “softened”, chief executive Willie Walsh said on Thursday.

“I don’t think we’re going to see growth rates that were anticipated.”

The comments reflect a tougher sales environment for aircraft-makers.

Airbus Group and Boeing racked up their lowest tally of aircraft orders in six years at the aviation industry’s annual showcase this summer. While both Airbus and Boeing sit on huge order backlogs, that cushion could provide little protection if headwinds continue and airlines start to feel the pinch from lower fares.

Following the UK vote in late June to quit the European Union, Mr Walsh said IAG would have to cut spending amid a plunge in the pound’s exchange rate and a slowdown in traffic growth as business customers scaled back travel in response to the referendum.

Corporate customers are still holding off on business trips as they analyse how the Brexit vote will affect Britain’s economy and currency, Mr Walsh said on Thursday. Another question carriers must consider with plane orders is the drop in the price of oil in recent years, and “whether it’s worth buying this new-technology aircraft to get the fuel-cost advantage,” he said.

As IAG studies potential orders, “We’d look at how we would finance those aircraft: whether we’d buy them or whether we’d lease them,” so there are “a lot of options for us,” he said.