Lingering issues can be resolved by rebooting modem 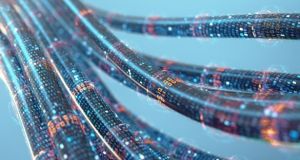 Virgin Media had a major outage last night that hit broadband users throughout the UK and Ireland.

Thousands of Virgin Media customers who found themselves without broadband access on Monday evening have had their internet connections restored.

But lingering issues continued to plague customers throughout the morning, with some people continuing to complain of a patchy connection.

A spokeswoman said the issue was resolved shortly after midnight.

“Our investigation is still ongoing but we believe the issue to have been caused by a technical fault within our core network which resulted in intermittent connectivity issues. This problem has now been fixed,” she said.

How have you been affected by the Virgin Media outage?

It is not known how many people were affected by the issue in Ireland, but similar problems were experienced by customers in the UK.

The problems, which began early in the evening, saw the service is being cut out for short periods of time on an ongoing basis across the national network.

Users took to social media to vent their frustration at the ongoing problems, with some describing the service as “up and down like a yo-yo”.

Although Virgin Media said the issues had since been resolved, some customers complained of ongoing issues throughout the morning. The company recommended rebooting the broadband hub, saying that should resolve any ongoing issues.

The outage came as an increasing number of people are relying on their home broadband networks for work and leisure. The restrictions on movement that have been implemented in an attempt to halt the spread of coronavirus in Ireland have meant thousands of people are now working from home on a daily basis, placing added pressure on the networks.

Meanwhile, streaming services such as Netflix and Disney+ have proved popular with people who are isolating themselves in line with Government policy on social distancing. Last month, streaming service operators cut the quality of their video streams to relieve some of the pressure being put on networks across Europe.

However, the broadband operators remained confident that they could continue to meet the demands from customers throughout the pandemic.

1 Why gift a son now if it eats into his tax-free inheritance threshold?
2 Flights abroad ban could last all summer
3 Government to avoid ‘cliff-edge’ on Covid-19 payment changes
4 Chris Johns: Economic self-harm is the root of populism
5 A perfect workspace between home and office
Real news has value SUBSCRIBE