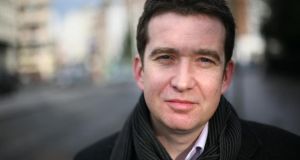 Storyful was set up by former RTÉ journalist Mark Little who made the announcement today on the company’s website blog.

“We join News Corp at a moment of transformation. Together, we will combine the authority of premier original content with the authenticity of user-generated content,” he said.

“We will define the opportunities that the digital landscape presents rather than simply adapt to them. Ours will be a powerful and unique partnership.”

He said Storyful would continue to operate as a stand-alone organisation from its Dublin headquarters.

“Storyful has become the village square for valuable video, using journalistic sensibility, integrity and creativity to find, authenticate and commercialise user-generated content,” said Robert Thomson, chief executive of News Corp. “Through this acquisition, we can extend the village square across borders, languages and platforms.”

Mr Little founded Storyful in 2010 with the aim of discovering big stories on the vast social media resource, verifying them, finding credible sources and selling them on to media outlets worldwide.

In 2013, verified user-generated videos managed by Storyful generated 750 million views for its partners.

Countries that fail to attract immigrants will lose out – Microsoft chief 12:07
Long-hyped smart fridges will never run out of milk or data 12:02
State subsidises public sector retirees to cover gap until State pension 12:19
Trump holds America up as ‘example for the world’ at Davos 11:57
My father in a nursing home wants to gift me his house 11:23