InvizBox developing device which works on laptops, mobiles and outside the home 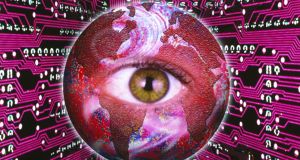 Online privacy has been a hot topic since the Snowden revelations on global surveillance programmes.

Online privacy has been a hot topic since the Snowden revelations on global surveillance programmes.

One Irish company hoping to help people protect themselves online is InvizBox. The firm, which is based in Dublin, is currently developing a device that will help people to mask their online activity regardless of whether they are accessing on a laptop or mobile device, and it will work outside the home.

InvizBox was set up by Paul and Elizabeth Canavan, and Chris Monks. The company is currently taking part in the New Frontiers Accelerator programme.

The company took its first product, InvizBox, to Indiegogo to raise the funds for its production. That was a low-power device that you plugged into your existing modem and it created a new wifi hotspot that was more secure, using the Tor network.

“Anonymity is incredibly difficult to achieve, whereas privacy, where you’re masking from your ISP, or your government, it’s a lot easier to achieve, ” said Paul Canavan.

The trio learned a bit from their initial development and put those lessons into a new version of the product.

The latest version of the product, Invizbox Go, is currently the subject of a crowdfunding campaign on Kickstarter. It’s aiming to raise €100,000 and is entering the final two days of its fundraising effort.

Like its predecessor, it aims to protect users from prying eyes on the internet. It adds in VPN subscriptions to protect your data and allow you to establish a secure connection over the internet, in addition to the Tor capability.

“The idea of the Go is that it will firewall the connection until your VPN connection is set up and then allow traffic out, so even during the connection phase it’s secure,” said Canavan.

That covers using free public wifi hotspots that are less secure, with Monks pointing out that people can be exposing themselves to identity theft by connecting a device to such a network without protection from a device such as InvizBox Go. .

“The easiest way to explain it to non-techie people is that you could watch RTE Player in Spain, ” Monks said

If the crowdfunding campaign is a success, the first InvizBox Go units will land in mid-February, Monks said. The company is expanding its sales into 60 countries, and plans to create 20 jobs over the next three years.

But even if the Kickstarter product fails to reach its target, the company will still make the device.

“We’ll figure out a way to get it to market, because for us now It’s clear that there is a market for it,” said Canavan.