Less flashy than before, the global consumer electronics and technology tradeshow is taking a new direction 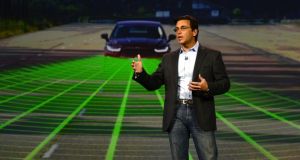 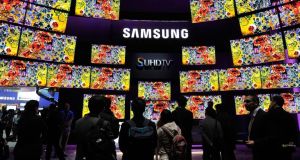 As the curtain is set to fall on yet another CES (Consumer Electronics Show) in Las Vegas, the usual debate is almost certain to raise its head: is CES becoming irrelevant?

The gaps have been filled by Chinese firms seeking to make an impact on the global market.

It seems that every year, it’s more about evolving technology and tired buzzwords rather than wowing the masses with something unexpected.

But if CES is becoming irrelevant, it seems someone forgot to tell its organisers – or they are choosing to ignore the advice. After breaking records in 2014, the show this year was designed to build on that momentum.

A growing concentration on start-ups and the decision to run the Appnation conference, which focused on the app economy, alongside the event shows that the organisers are willing to adapt.

But you can’t ignore the stream of product announcements that come from the major companies.

Some familiar themes emerged in this year’s CES, from ultra-high-definition TVs and wearable technology to smart devices and the Internet of Things. Drones and 3D printing, robots and virtual reality, and an ever-expanding automotive sector: CES covered it all this year.

Ford used the event to announce its new version of its Sync in-car software and outlined its plans for its Smart Mobility experiments across the world as it tries to help change the way the world moves, while also prioritising innovation within the car company itself.

A series of 25 mobility experiments around the world are putting transportation ideas to the test.

“We see a world where vehicles talk to one another, drivers and vehicles communicate with the city infrastructure to relieve congestion, and people routinely share vehicles or multiple forms of transportation for their daily commute,” Ford chief executive Mark Fields said. “The experiments we’re undertaking today will lead to an all-new model of transportation and mobility within the next 10 years and beyond.”

Among the experiments are data-driven insurance, a car-swap scheme, and, in Palo Alto, a plan to equip bikes with sensors.

Ford’s Eric Wingfield said it is an exciting time for the company. “It’s going to be a learning journey, growing into it,” he said. “Our team is advising internally as we learn what the impact is for Ford.

“We define these as experiments because we think there is so much to learn. In some of the cases we don’t have a defined goal that fits a particular product; instead we’re looking at how everything we’re learning can help Ford.”

Ford is one of a growing number of car firms who exhibit at CES each year as cars and computers converge.

But the staple of CES – TV technology – continued to dominate the show floor. While LG was concentrating on OLED 4K TVs, Samsung was announcing a monster 88-inch S-UHD TV.

Sony, for its part, was slimming things down to the thickness of its Xperia smartphones in its 4K sector, while the only mention of 3D – the great hope of the TV industry some years ago – was relegated to the ongoing struggle to find glasses-free 3D TV that worked for a room of people.

Open platforms are also an ongoing theme: Sony is to use Android TV in its new smart TVs, while Samsung is moving to Tizen.

Despite a general fatigue with so-called wearable technology, the devices are actually a little more wearable – for the most part.

Fitness trackers such as Garmin’s Vivofit and Misfit’s Shine tracker have undergone revisions to make them more appealing to consumers who want their trackers to blend in. Misfit in particular is going after the fashion sector, after a deal with Swarovski that produced a crystal-adorned fitness tracker with solar charging.

Google Glass may have been falling out of favour with users – there was a lack of conspicuous Glass wearers at CES compared to last year – but that hasn’t stopped rivals Sony and Toshiba from developing something similar. While Toshiba is miniaturising the technology to put it into custom glasses and safety goggles, Sony showed off both a headset and a detachable unit that can snap onto any pair of glasses.

It’s part of Sony’s drive towards the inclusion of sensors in objects such as tennis rackets and golf clubs that help deliver more accurate information.

There were other new developments. U-Wake is a fatigue detector aimed at keeping drivers on the straight and narrow. It is strapped to your forehead – it’s not the most subtle of devices – and detects a user’s fatigue level by monitoring their brainwaves. In 90 per cent of cases, it identified fatigue up to five minutes before the driver fell asleep.

Wearables also featured in Intel chief executive Brian Krzanich’s keynote speech this week, when he showed off some of the chipmaker’s plans for the future of wearable tech.

Among them was a computer built into the button from a jacket – dubbed Curie – and a wristband that transforms into a flying camera.

These plans have an Irish link too: the Quark chip that will be used in the button-sized computer was developed in Ireland.

“With this product they can deliver wearables in a range of form factors,” Krzanich said. “Rings, bags, bracelets, pendants, and yes, even the buttons on our jackets.”

Next on the list is a smart device aimed at athletes, which Intel is developing with Oakley.

The company is keen to gain a foothold in the burgeoning wearables market to help bolster its growth.

Intel failed to capitalise on the mobile revolution, leaving it behind its rivals in the PC market and struggling to catch up.

But the company has since eagerly leaped into the wearable tech industry, unveiling Edison, a tiny computer, at last year’s show. It showed a number of uses for the Edison, including a smart baby monitor worn on a child’s body.

This year, with the main halls full of large stands and big TVs, some of the more interesting innovations were to be found outside the Las Vegas Convention Centre.

The start-up section, Eureka Park, has traditionally been held in the Venetian; this year, it was moved to a hall in the Sands Expo as part of the new layout of the show which split it into Tech East – at the Sands – and Tech West – at the convention centre.

It was in Eureka Park that two Irish companies were to be found. Restored Hearing, which already offers a tinnitus therapy programme, is preparing to launch new products aimed at protecting people’s hearing.

Founded by Rhona Togher and Eimear O’Carroll, Restored Hearing began as a project for the BT Young Scientists competition.

It initially offered streamed online sound therapy to tinnitus sufferers to alleviate the ringing in the ears that the condition causes.

The treatment has been clinically proven to cut the severity of tinnitus in sufferers by 15 per cent in the first month of treatment when it is used on a daily basis.

Now the company is branching out. At Eureka Park, Togher was demonstrating the company’s new headphones, which are designed to eliminate noise that could damage hearing permanently.

Restored Hearing is currently taking part in Wayra, Telefónica’s startup accelerator project and is also participating in the Haxlr8r, which is backed by SOSVentures.

Across the aisle was Drogheda-based Beeraider, which has an alternative keyboard that it thinks can make touch typers out of even the most resolute single-finger typists – with a bit of training.

CES may no longer be the showcase for groundbreaking announcements it once was, but the organisers seem determined to take it in a new direction embracing the wider realm of the Internet of Things.

1 In this strangest of recessions, what happens next for Ireland?
2 Bank of Ireland sees about 2,000 staff apply for voluntary redundancy
3 Estée Lauder staff at Dublin airport plan further strike action
4 Michael O’Leary is the boss you want to lead an airline out of crisis
5 Fortnite owner signs multimillion deal to buy Irish ‘kidtech’ firm
Real news has value SUBSCRIBE