UPC Ireland buys TV3 in deal worth up to €87 million 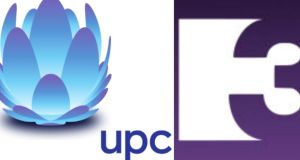 TV3 Group has been sold to UPC for €80 million. An extra €7 million will be payable if TV3 hits targets in the future. 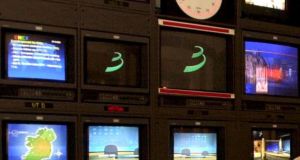 UPC Ireland has agreed to buy TV3 from Doughty Hanson for €80 million.

TV3 Group has been sold to UPC, the company owned by US cable giant Liberty Global for €80 million. An additional €7 million will be payable if TV3 hits certain commercial targets in the future, UPC said.

The broadcaster was put up for sale some months ago by the British private equity group Doughty Hanson, which paid €265 million for the business in 2006.

Liberty Global is owned by wealthy Irish-American businessman John Malone, who has also invested heavily in property in Ireland in the past few years.

“The investment we are making today secures the long-term future of TV3. With its wide range of home-grown programming, TV3 holds a unique place in the heart of Irish viewers.”

“We are pleased that our investment in TV3 has come to this successful conclusion. [Chief executive] David McRedmond and his team have ably steered TV3 through the recession and with our support, grown it for five consecutive years. We wish TV3 and Liberty Global every success in the future,” said Doughty Hanson principal Christopher Fielding.

Mr McRedmond said he was “absolutely delighted” that the deal had been signed, describing it as “the final piece in the jigsaw” in its bid to claw its way out of a harsh media recession and guarantee its future.

“Doughty Hanson have been really great investors and I cannot say enough good things about them. But they were private equity, so they were always going to leave,” he said.

The new owners will also invest in content and infrastructure, Mr McRedmond added. “It’s not about financial engineering, it’s about growth for the long-term.”

UPC Ireland is part of Virgin Media, Liberty Global’s UK subsidiary. Its acquisition of TV3 will be substantially funded through its existing financial resources, it said.

The company, which has lately been in talks with Vodafone about potential asset-swaps, has been on the acquisition trail in the media and telecoms sector in the past two years.

Last year, it acquired a 6.4 per cent stake in UK broadcaster ITV plc and it also became the co-owner of the “super-indie” production group All3Media, which in turn owns Company Pictures, the co-producer on TV3 soap Red Rock. In February, Telenet, another Liberty Global subsidiary, added a 50 per cent stake in Belgium’s De Vijver Media to its books.

The TV3 purchase will require regulatory approval from the Competition and Consumer Protection Commission, as well as clearance on media plurality grounds from the Minister for Communications Alex White. It is unlikely to be blocked and the go-ahead is expected to be given in the coming months.

In addition to its main TV3 channel, the Ballymount-based company also broadcasts 3e and the TV3+1 “timeshift”channel, and operates catch-up service 3Player. In recent years, the group also invested in the construction of a new facility, the Sony HD Studio, which is the largest television studio in Ireland.

The group’s earnings before interest, tax and write-offs arrived at €8.6 million in 2014, compared to €6.6 million in 2013, it said yesterday. After a torrid plunge in the advertising market, revenues finally stabilised at €56 million last year.

This year has been a turbulent one for the broadcaster following the loss of various programming rights to UTV Ireland, with the absence of two reliable cash cows, the soaps Coronation Street and Emmerdale, from its schedules having a knock-on effect on the ratings of other slots.

“It has been a very difficult year, but I think we have proven people wrong,” said Mr McRedmond, who added that advertising agencies had supported the channel despite the advent of its new competitor.

The Liberty Global move is “an expression of confidence in the continuing turnaround in the Irish economy” as well as an endorsement of TV3’s strategy, he said.

The broadcaster has been boosted by strong commercial interest in the Rugby World Cup, to which it has the exclusive rights in Ireland from mid-September, but revenues are still likely to be down for the year as a whole.

The group has come along way since TV3, Ireland’s first commercial television channel, launched on September 20th, 1998, after decades of delays, stop-start investment and political wrangling.

The broadcaster initially made little domestic programming, beyond news and current affairs.

Its largest shareholder at birth was Canadian television company CanWest. Granada Media, a predecessor of ITV plc, bought a 45 per cent stake in 2000, with the deal meaning that the Granada-produced Coronation Street and Emmerdale switched from RTÉ to TV3. Regular soap-watchers began to tune into TV3.

But it was under the ownership of Doughty Hanson that TV3 began to spend money on Irish-produced programming and build its reputation among 15 to 44-year-olds. Its current brand slogan is “we entertain”.