Setanta Sports Australia set to be sold to Al Jazeera

Subsidiary to be acquired by beIN Media, owned by the Qatari television network 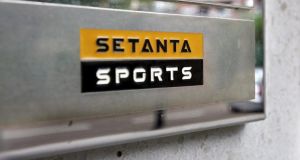 Setanta Sports Australia was founded in 2005 as a pub-only service, migrating to a consumer platform two years later.

The Irish company that owns Setanta Sports Australia has reached an agreement to sell it to the beIN Media Group, a subsidiary of the Qatari state-owned television network Al Jazeera.

Setanta yesterday said it is in the final stages of the acquisition but it did not disclose any financial details of the deal. The sale is subject to the approval of Australia’s Foreign Investment Review Board, with authorisation expected in about one month’s time.

The Australian arm of the sports network is being sold by Dublin-based Danu Investment Partners, backed by Michael O’Rourke and Leonard Ryan, the original founders of Setanta, and Mark O’Meara.

The channel will be rebranded as beIN once approval comes through, and it is expected that the network, which has operations across the Middle East, as well as Canada and France, will beef up its content offering.

It is understood that beIN approached Danu last year to initiate discussions about the possibility of acquiring the Australian channel. Danu was formed in 2009 to implement a rescue deal for Setanta Sports Ireland after the channel collapsed in the UK that year.

Mr O’Rourke retains 100 per cent ownership of Setanta Sports Ireland, having bought out Mr Ryan and Mr O’Meara’s interests in 2011.

Setanta Sports Australia was founded in 2005 as a pub-only service, migrating to a consumer platform two years later. It broadcasts a wide range of sports including international football and rugby, with the UEFA Europa League and the RBS Six Nations among its portfolio.

The company says is available to 2.5 million Australian subscription viewers via Foxtel as well as through distribution via fetchTV and online.

“We believe this is a win for our loyal customers in Australia, who will share in beIN Sports commitment to producing sports coverage of the highest quality,” said Mr Ryan.

Yousef Al-Obaidli, beIN’s deputy chief executive said: “We are very happy to take our beIN Sports brand to yet another admirable market. Australians are very passionate about sports and we are proud to fulfill this passion and provide them with a unique experience.”