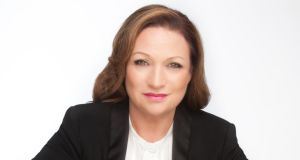 Norah Casey: new magazine show on Newstalk on Sundays from 10am

Norah Casey will present an hour-long magazine show called Mindfood on Newstalk on Sundays from 10am, as part of the Communicorp station’s new weekend schedule. Casey’s show, which was flagged in June when she stepped down from hosting Newstalk Breakfast, will be “a mix of the topical stories of the week, light entertainment features and big name guests”, according to the station.

Newstalk’s new weekend schedule, which comes into effect this Saturday, also sees the introduction of The Best of Pat Kenny, a compendium of highlights from its big signing’s weekday show. It will air on Saturdays at 9am.

The knock-on effect of Kenny’s arrival is also in evidence elsewhere in the new schedule. With former mid-morning presenter Tom Dunne being moved to the 10pm slot on weekdays, some Newstalk evening programmes have had to be shifted to the weekend.

Marc Coleman’s Coleman at Large show, “where brainless consensus is broken and waffling is exposed in a no holds barred debate”, will go out on Sunday evenings in a three-hour show from 9pm. The economist previously presented a two-hour show on Tuesday and Wednesday nights.

The Green Room with Orla Barry will now deliver its mix of arts, culture and entertainment on Saturday evenings rather than Mondays, while Susan Cahill presents a new book show Talking Books for early risers (it has a 7am Sunday slot).