Katharine Viner to balance news and ‘fun’ at the ‘Guardian’ 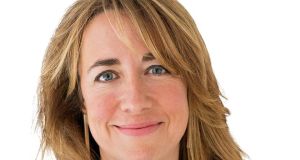 Katharine Viner will this summer become the first woman to run the Guardian newspaper in its 194-year history, but her gender, while important, is not the most significant thing about her appointment. Women have been known to edit newspapers in the past, even in Ireland, where some newsrooms still resemble His Girl Friday without the hats.

Viner has almost always been the person who does the commissioning, not provided the byline. She joined the Guardian aged 26 and was appointed to oversee its Weekend magazine at 27.

The man reported to have finished runner-up in the race, Newsnight editor Ian Katz, has a CV that overlaps with Viner’s, in that like her he once held the title of Guardian features editor. Viner and Katz were two of three people promoted to deputy editor status in 2008, while more recently, Viner and another candidate, Janine Gibson, were the women on the ground as the company deployed its brand in the US and Australia.

One of the things that can be gleaned from this is that under outgoing editor-in-chief Alan Rusbridger, the Guardian’s features department was not treated as the poor relation of news, but an integral, respected part of the title understood to be valued by readers. Section editors whose main responsibilities lie in producing lean-back lifestyle pieces, cultural coverage and in-depth reportage also act as duty editors, overseeing whole editions of the paper on a given day, from the front page back.

Some traditionalists hate this. They like their news pages hard and straight and their features pages soft and colourful. There is a certain type of newshound who considers feature articles to be inconsequential and full of second-hand misinterpretations – not “real” journalism. Feature writers despair that news hacks oversimplify everything and have no regard for the niceties of language.

Both are wrong to be dismissive, but the distinction between news and feature writer has been breaking down for some time, and in the digital era, it feels more obsolete than ever. In order to stand out amid the noise, features must be carriers of new information or original thinking, while the best news stories demand craft and nuance alongside exclusivity.

Newspapers might continue to retain separate news and features kingdoms, with their own styles, skills and hierarchies, but to the digital reader, with no print supplements to dirty their hands, the evidence of this division is less tangible.

The Guardian has, for the most part, been comfortable in marrying tonally different subject matter under the one masthead. Edward Snowden’s NSA surveillance revelations may have generated the most-visited article on its website, but a most-read chart released last year incorporates football penalties, deathbed regrets, university league tables and an “unpalatable truth” about quinoa.

But she also identified breaking stories as its “primary mission” and made the case for “themed roles” that would help it “tell a coherent international story” – meaning correspondents for water, fossil fuels, women’s rights and the “1 per cent” elite. Guardian staff liked what they heard and Viner picked up 53 per cent of the first-choice vote, guaranteeing her a place on the final shortlist.

What the conflicting emphasis in her remarks confirm is that it would be foolish to prejudge Viner’s Guardian based on her precise path up the ranks.

She concluded her hustings statement by arguing “everything matters”. Indeed, Viner will be under less pressure than her counterparts at other newspapers to prioritise. The Guardian is flush and can afford to pursue pretty much any type of journalism it wants. But an editor must still make choices and guide a title, or brand if you will, in some direction – otherwise she is not an editor.