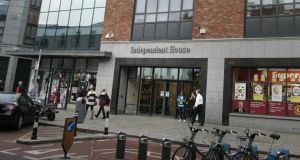 A survey by the National Union of Journalists (NUJ) of three newspaper titles in the country’s biggest media group Independent News & Media has concluded that “bullying” and “lack of support” are among a range of issues facing the company.

The NUJ said “lack of support” by management in INM was “made worse” because of the “emotionally difficult” stories journalists had to work on and the “potentially dangerous situations” some staff faced.

“Only seven per cent of journalists said they were given proper support at work” the NUJ survey said and “one in five respondents” said they are “subjected to bullying at work.”

The survey of journalists working in the Herald, Irish Independent and Sunday Independent also concluded that many staff felt they were facing an “intense workload” and were “not consulted” by the groups management leaving them “confused.”

INM is a listed media group which says in its annual report that it is “actively committed to promoting the well-being of our employees.”

The NUJ survey said 96 per cent of respondents said they had to work over and above their normal eight hour working day.

“NUJ members are working more hours than they are contracted to do, which will inevitably impact on their health and private lives,” the NUJ said.

“More than half of all respondents (55 per cent) said they are pressured to work long hours,” the union said.

The NUJ also raised concerns about the new group nature of INM where staff said they were “pulled in different directions simultaneously” by different titles in the group.

NUJ secretary Seamus Dooley said he believed cost cuts in INM were “taking their toll on journalists – physically and mentally.”

Fifty-five per cent of respondents “disagreed or strongly disagreed” with the statement: “I am supported through emotionally demanding work.”

“More than one in five respondents to the NUJ Welfare at Work Survey said they are subjected to bullying at work,” the union said. “Twenty-two per cent said that this happens often or sometimes.”

“While this is a minority of respondents; in terms of industrial relations, it is a very high percentage of any workforce to experience bullying.”

Another question was asked about whether staff endured “personal harassment” in the form of “unkind words of behaviour” and “one in four said this happens to them often or sometimes.”

NUJ general secretary Michelle Stanistreet said: “The NUJ has a zero tolerance attitude towards the bullying of our members, where ever they work. We will not stand idly by while our members in the Herald, Irish Independent and Sunday Independent are telling us that bullying is a serious problem.”

The union said that its members in the three titles felt “left in the dark about change.” Eighty-seven per cent of respondents “disagreed or strongly disagreed” with the statement: “Staff are always consulted about changes at work.”

Mr Dooley said: “There is a deficit of information coming from management on change and sometimes this might be because even the managers don’t know what’ s happening because they are just doing what they are told by the board.”

Rosters is a particular “thorny” issue with respondents saying: “The changes in shift patterns have taken a toll on my health,” or were “extremely disruptive and physically and mentally exhausting.”