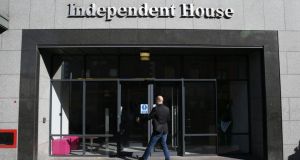 Independent News & Media already had 13 regional titles, and after this latest acquisition this will increase to 20. File photograph: Fran Veale/The Irish Times

Its regional titles include The Anglo Celt, The Connaught Telegraph, The Meath Chronicle, The Offaly Independent, The Westmeath Examiner and biweekly newspaper and website Your Forum.

INM already had 13 regional titles, and after the acquisition this will increase to 20.

Celtic Media’s printing business is not part of the transaction.

Chief executive of INM, Robert Pitt, said: “There are clear synergies arising from this transaction, which fit well with INM’s strategy to remain as a key player in the delivery of printed news content on a national and regional basis.

“We look forward to welcoming the titles into the INM fold and to working with management and editorial to ensure the continued successful delivery of quality local newspapers.”

INM’s two biggest shareholders are Denis O’Brien, the founder of the Caribbean telco Digicel, and Swiss-based financier Dermot Desmond. The INM board is chaired by Leslie Buckley, who also sits on the board of Digicel.

Mr Pitt said INM will “support and strengthen” its offering of national and regional newspapers and consolidation and said it is the “optimum way” to protect CMG’s titles into the future.

The transaction is subject to approval from the Competition and Consumer Protection Commission and the Minister for Communications, Energy and Natural Resources.

INM released positive half-yearly results in August showing revenues rose by 2.7 per cent to €161.6 million in the six months to the end of June.

INM’s recent results showed the company had a cash pile of over €60 million, up from €35 million at this stage last year, leading to speculation from market analysts that it could target acquisitions.

INM said it has no plans to pay a dividend this year from its growing cash pile, however, and will focus on buyouts instead.

An INM spokesman said last night the terms of the agreement are not being disclosed.

The move represents a major rationalisation of ownership in the regional newspaper sector.

1 How I managed to cut my mobile phone bill by at least a half
2 Son putting elderly dad under pressure to sign over land
3 Fiona Reddan: Who’s afraid of Revolut? Not AIB and BOI it seems
4 Lahinch Golf Club runs out of its own cash after €3m Covid-19 hit
5 Is Coveney the right man to lead Greencore out of the Covid-19 crisis?
6 State may face €1 billion in compensation in Covid-19 case, Press Up group claims
7 Workhuman predicts double-digit growth for 2020 as revenues soar
8 Ireland must beware as digital tax reform enters critical phase
9 BOI customers to be charged twice with bank fees on New Year’s Eve
10 Irish designer of Oxford vaccine: ‘I’ve never worked so hard in my life’
Real news has value SUBSCRIBE

Hospitality compensation claim, smart homes and SIMple pleasures 06:40
Is Coveney the right man to lead Greencore out of the Covid-19 crisis? 06:00
State may face €1 billion in compensation in Covid-19 case, Press Up group claims 06:00
Keep an eye on your heart with the Withings BPM Core 05:44
Take gaming to a new level this Christmas 05:43
Search executive
jobs on irishtimes.com