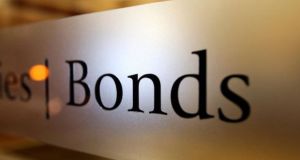 Italian, Spanish and Portuguese borrowing costs rose today as doubts over a deal to save Greece from default and keep it in the euro-zone re-emerged.

A Greek government official said Prime Minister Alexis Tsipras told associates that creditors had rejected proposals presented by Athens to bridge a budget gap. Tsipras made the comments before heading to Brussels to meet the heads of Greece’s three creditor institutions: the European Commission, the European Central Bank and the International Monetary Fund, the official said in a statement.

A meeting of euro-zone finance ministers had been expected to come close to ending the logjam in talks on a cash-for-reform deal. The assumption in the market had been that the latest reform proposals by Greece have been welcomed by European policymakers as a good basis for negotiations.

Greek economy minister George Stathakis said “two or three” items were yet to be settled.

“Most people were assuming ... they’d agree on something,” Merrion Stockbrokers chief economist, Alan McQuaid, said. “I was quite relaxed thinking a deal might get done and now you get this bombshell... Is that the end of it? I don’t know.”

Objections to the deal from some in Tsipras’ leftist Syriza party also warranted caution, analysts said.

Italian, Spanish and Portuguese bond yields rose by up to three basis points. The first two traded at 2.13 per cent, while the later traded at 2.79 per cent.

Trading was volatile with peripheral yields trading about 10 basis points higher earlier in the session.

German 10-year bund yields fell 3 basis points to 0.84 per cent, having traded between 0.81 per cent and 0.89 per cent, respectively. They were still up about 8 basis points since last week as hopes for a deal rose following Greece’s latest proposal to creditors.