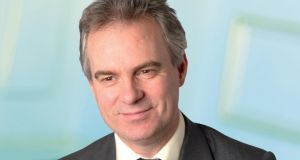 Ben Broadbent, incoming deputy governor for monetary policy at the Bank of England. He will replace Charlie Bean as deputy in charge of monetary policy.

Britain shook up the upper echelons of the Bank of England on Tuesday, naming two new deputy governors as the revamp of the central bank under its new boss Mark Carney gathered pace.

Mr Broadbent will succeed Charlie Bean as deputy governor responsible for monetary policy on July 1. Ms Shafik will take on the newly created role of deputy governor for markets and banking from August 1.

Both deputy governors will serve five-year terms and sit on the BoE’s Financial Policy Committee, which regulates banks, and the rate-setting MPC. Ms Shafik will take the MPC seat currently held by the BoE’s executive director for markets, Paul Fisher.

Ms Shafik has been the IMF’s deputy managing director since April 11 and before that was the top civil servant at Britain’s overseas aid department.

She will be responsible for the BoE’s eventual exit from its quantitative easing policy - under which it amassed £375 billion of government bonds - as well as reviewing the way the central bank gathers intelligence on markets which has come under scrutiny recently after claims that London traders manipulated key foreign exchange rates.

Mr Broadbent was formerly an economist at investment bank Goldman Sachs and is the first external member of the MPC to take up a position as deputy governor at the central bank.

He will be responsible for the BoE’s analysis of Britain’s economy, as well as bank notes.