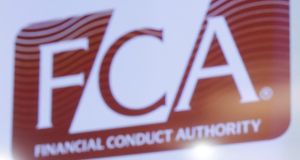 The City regulator is cracking down on equity crowdfunding after finding that most companies in the fast-growing sector were misleading investors about the risks.

The Financial Conduct Authority (FCA) found that crowdfunders were giving a “misleading or unrealistically optimistic impression of the investment” while attracting retail customers with little experience of investing.

The warning is the second in a week after the watchdog said it would clamp down on the marketing of peer-to-peer lending companies amid concerns that some were mis-selling their products as risk-free savings.

The FCA has previously warned investors “it is very likely you will lose all your money” in equity crowdfunding, which involves taking stakes in unlisted companies that are often in their early stages.

Some companies failed to meet capital requirements last year, while others made misleading claims that they were placing retail investors on an equal footing with venture capitalists, the FCA said.

“This becomes significant if venture capitalists are able to profit from successful investment opportunities, but crowdfunding investors find when an investment succeeds, that equity dilution means they do not share in the profits to the same extent,” said the FCA.

The watchdog said it had heard of cases in which companies deleted negative user comments on investment opportunities, despite the sector’s claims to harness the wisdom of crowds. Barry James, founder of the Crowdfunding Centre, a research group, said the claim was “deeply worrying”.

Julia Groves, who chairs the UK Crowdfunding Association, an industry body, said the FCA review was an “absolutely welcome intervention to make sure that everyone is following the rules. There needs to be a level playing field”.

Equity crowdfunding has been in existence for about three years and has processed £67 million (€89 million) of equity investment, according to statistics from AltFi, a data provider. Its biggest companies include Crowdcube, Seedrs and SyndicateRoom, but many smaller start-ups have joined the fray and there are 35 in total.

Unlike on sites such as Kickstarter, where donors contribute money to projects often in exchange for token “rewards”, equity crowdfunding gives investors a stake in the companies involved. But it is far riskier than its loan-based cousin, P2P lending, while some 62 per cent of funders on equity crowdfunding sites have no experience of early-stage investment, a study found last year.

The FCA is keen to promote innovative financial technology as well as individual investing in stock markets, and is understood not to want to kill off the fledgling sector.

It took over regulation of P2P and crowdfunding last year, although some crowdfunders were already regulated under existing securities rules.

The watchdog said crowdfunders’ websites featured a “lack of balance” together with “insufficient, omitted or the cherry-picking of information” and downplayed risk warnings. The companies made changes in response to the FCA’s criticism, it added. – Copyright The Financial Times Limited 2015