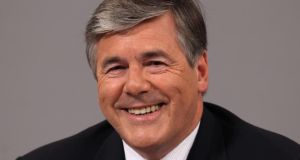 Former Deutsche Bank chief executive Josef Ackermann has been nominated as chairman of Bank of Cyprus.

Ackermann used his clout as head of Deutsche Bank to help save the euro by negotiating the biggest debt restructuring in history. Now, he’s been tapped to resuscitate a victim of that deal.

Ackermann, who left Deutsche Bank in 2012, has been nominated as chairman of Bank of Cyprus. Deposits there were seized last year as part of a €10 billion international rescue after Germany balked at bailing out rich Russians with money in Cypriot banks. Shareholders are scheduled to meet November 20th in Nicosia, Europe’s last divided capital, to approve the appointment.

Backing him are Viktor Vekselberg, the second-richest man in Russia, and Wilbur Ross, the US billionaire who made money investing in Bank of Ireland and sees opportunity in the stricken Cypriot lender. Almost half of the bank’s loans are souring, and capital controls, the only such restrictions in the euro area, are still in place.

Ackermann, Ross says, is key. “We made up a very small list of names, and the most prominent on the list was Josef Ackermann, ” Ross, head of a group that invested €360 million in the country’s largest bank, said in an interview from New York.

“He has a huge Rolodex. You can imagine he knows practically everybody in Europe, everybody in Eastern Europe and huge numbers of people in the US and elsewhere.”

Ackermann, 66, who declined to be interviewed for the story, transformed Frankfurt-based Deutsche Bank into Europe’s largest investment bank during his decade as chief executive officer, steering it through global financial turmoil. As chairman at the time of the Washington-based Institute of International Finance, which represents more than 450 financial firms, he was central to a 2012 deal to persuade investors to take losses on restructuring Greece’s sovereign debt. The Swiss-born banker – a perennial presence at the World Economic Forum in Davos, 60 miles from the town where he was born – fielded calls after midnight in Moscow to work out a compromise on Greece’s debt restructuring, avoiding what he had called a meltdown that could rival the 2008 collapse of Lehman Brothers Holdings .

As that arrangement unravelled along with the Greek government, Ackermann flew from Munich to Athens to Paris and other European capitals to tie up a final deal. The rescue saddled Cyprus’s banks, big holders of Greek sovereign debt, with €4.5 billion in losses, which led to what the International Monetary Fund has called one of the largest banking-sector collapses on record.

“It doesn’t exactly look like a career-enhancing move, from a G7 economy to $22 billion Cyprus,” said Fiona Mullen, an economist based in Cyprus who runs a consulting firm. “They used to call Cyprus the graveyard for diplomats because of the Cyprus problem. Maybe it is now the graveyard for bankers.”

Ackermann’s return follows his stepping down as chairman of Zurich Insurance Group AG in August 2013, when he was mentioned in a suicide note by chief financial officer Pierre Wauthier.

Ackermann, who has dismissed the idea that he had any bearing on the suicide, later left the boards of Siemens AG and Royal Dutch Shell. In September, he and other Deutsche Bank executives were charged with attempted fraud over the bank’s handling of a civil dispute dating back more than a decade. Ronald Weichert, a spokesman for Deutsche Bank, said “the presumption of innocence prevails” for all current and former executives and that the bank couldn’t comment on pending cases. A spokesman for Ackermann said he had no comment on the matter.

Ross, 76, has a positive view of Cyprus. The July share sale he backed, along with the European Bank for Research and Development and others, was the largest single foreign direct investment in the country and boosted the Nicosia-based bank’s common equity tier 1 ratio to 15.6 per cent, helping it pass European stress tests last month. Over the past 15 months, he said, the lender has cut dependence on central bank funding, sold assets and returned to profitability. Cyprus “has one of the better long-term prospects of southern Europe,” Ross said, explaining that the sale of airports and seaports will draw more tourists, and the island’s skilled workforce and tax treaties can make it a base for corporate services. The prospect of significant natural gas reserves is “the big game-changer longer-term.”

The IMF on October 22nd said the island’s economy will shrink 3.2 per cent this year, less than a previous forecast of 4.2 percent, and return to growth of 0.4 percent next year. “The bank is in effect like a warrant or a call on the Cyprus economy, and if the Cyprus economy does very well it’s hard to imagine that the bank won’t do very well,” Ross said. “They both very much need each other, and that was certainly true as well in the case of Ireland.”

WL Ross and Company , Ross’s private-equity firm, has circled euro-area financial firms for much of the crisis, investing in Bank of Ireland in 2011 eight months after the country sought a bailout for its banks. In Ireland, Ross accompanied CEO Richie Boucher to branches to talk with staff and gave pep talks to major clients.

Cyprus is still reeling from having deposits seized and banks shut for two weeks. Ross said he was surprised at the low take-up of stock offered to previous shareholders – those who lost their savings – saying it may be explained by the “trauma” of the bail-in. Bank of Cyprus CEO John Hourican, a former Royal Bank of Scotland Group executive, will have to restore depositors’ faith in the lender at the same time he tries to get Cypriots to repay loans in a shrinking economy.

Ackerman’s pending appointment signals “a real commitment to good governance,” the CEO said, a view echoed by Ross. “Cyprus by its very nature, just as is true of Ireland, is and will continue to be a very internationalised economy,” Ross said.

1 Four things that could help Ireland escape from the Covid-19 recession
2 Charlie Chawke plans 290 apartments and hotel on Goat pub site
3 Tax and the Pandemic Unemployment Payment: Your questions answered
4 Row over ownership of Fota Island resort comes before High Court
5 Brown Thomas and Arnotts shoppers will be able to book time slots for entry
6 Revenue fears fraudsters tapped bank details of 3,000 taxpayers
7 College of Surgeons faces legal challenge to Na Fianna GAA contract
8 EU Covid bailouts must be linked to fiscal reforms – Dutch PM
9 O’Leary casts unwelcome light on a very Irish political compromise
10 Joint accounts: if one of us dies, can the other access the money?
Real news has value SUBSCRIBE