Does McKillen protest too much over Nama? 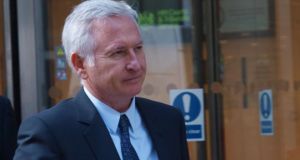 Having fought a court case all the way to the Supreme Court in 2010 to prevent his debts being transferred to Nama, it is one of the many ironies of the Irish Bank Resolution Corporation liquidation that Paddy McKillen’s loans will most likely end up with that agency later this year.

Nama-isation was and remains McKillen’s worst nightmare. As he told this paper last week: “When I first heard Nama wanted to acquire the loans [in 2010], I was horrified and scared . . . I did not pose any risk to the taxpayer and knew that going into Nama would destroy the business I had carefully built up over 30 years. Using good loans to pay for unrelated bad loans does not make economic sense.”


Puzzling endeavours
His current efforts to avoid the same fate are looking increasingly desperate and somewhat puzzling. Back in 2010, going into Nama did look like a one-way ticket to the knacker’s yard for heavily indebted developers. But now, some three years on, the reality is different. For some developers – Treasury Holdings being the obvious example – Nama has meant bankruptcy, but for others (Ballymore springs to mind) it seems to have worked.

At the risk of oversimplifying things, the wheat has been separated from the chaff. The question that arises with McKillen is which of these categories does he now fall into and does that have a bearing on his resistance to what seems inevitable. Put more bluntly: is he insolvent and thus in fear of being exposed to the Nama process?

The difficulty in answering this question is that, in common with his peers, McKillen has not been very forthcoming with the details of his finances. We must rely on bits and pieces that emerged in various court cases, and a limited amount of public comment, in trying to answer the question.

But we know the following: last December, he said companies controlled by him owed IBRC €550 million and he personally owed €260 million. This followed the repayment by him of some €90 million in the second half of last year, which sort of tallied with the figure of €900 million to €1 billion for his debts given by him in evidence during his court action against the Barclays over ownership of the Maybourne Hotels in London that summer.

He also said last December he was planning to repay another €200 million to IBRC over the next two months. This presumably is the €180 million the liquidator of IBRC, Kieran Wallace, has now, according to McKillen, refused to accept .

The liquidator’s position seems to be very similar to the one adopted by IBRC for most of the last three years. When put under pressure to explain why it was backing McKillen, and refusing offers from the Barclays to buy some of his loans, the bank would argue, convincingly, that McKillen was worth more to them than the sum of his parts (or loans). Why would they let him – or someone else – buy the loans secured on prize assets such as Jervis Street or Boston and leave them holding the rest? It would seem then that – unless he can buy back all his debts from the liquidator, or somebody else buys them – McKillen is heading to Nama along with all the other unsold IBRC loans.

How things play out over the next few months will be the test of McKillen’s assertions that all his loans are performing and that he could have refinanced but chose not to because of the favourable terms that he had locked in with IBRC. The proof of the pudding will be in the eating.


Chances of success
Some of McKillen’s recent actions would indicate he may not be entirely confident of success.

Two weeks ago, he initiated legal action against Nama for breach of confidentially in providing details of his finances to the Barclays last year. It followed allegations against the Department of Finance, which he has also accused of being in bed with the Barclays who were trying to buy some of his loans from IBRC as part of their strategy to wrest control of the hotels.

Put these together with his claim that the liquidator’s refusal to accept his €180 million is part of a “sustained strategy” against him by Nama and the department, it all starts to look like he is laying the groundwork for the mother of all legal challenges to Nama-isation when it comes.