Doctors and surgeons ‘cause the most car crashes’ 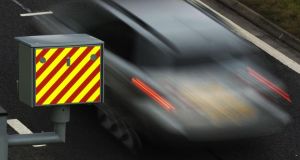 For every 1,000 surgeons who drive a car, 361 made an at-fault claim in the past five years, compared to just 3.5 building society clerks. Photograph: Danny Lawson /PA

The worst drivers for causing crashes are doctors and surgeons, according to an analysis of two million insurance claims in Britain which reveals an extraordinary concentration of problem driving among healthcare professionals.

The analysis, by Moneysupermarket. com, found surgeons and GPs are nearly 100 times more likely to cause an “at-fault” crash while driving than a building society clerk.

For every 1,000 surgeons who drive a car, 361 made an at-fault claim in the past five years, compared to just 3.5 building society clerks, the research found.

But it’s not just doctors who are a danger on the roads. The figures show that of the top 10 occupations registering an at-fault claim were all, bar one, connected to the healthcare profession – including district nurses, community nurses, health visitors and hospital consultants.

Kevin Pratt, car insurance expert at Moneysuperarket, said stress and tiredness may be behind the figures. “One industry dominates the top 10 claims table – it seems those who have the responsibility of saving our lives and caring for our health are the most accident-prone drivers.

“There is no doubt that surgeons, GPs and health visitors are all stressful jobs, so lack of time or tiredness could mean that these drivers are more likely to make an at-fault claim.”

At the other end of the scale, clerks in offices make the fewest at-fault claims. By far the safest drivers on the roads are building society clerks, followed by order clerks and audit clerks, with wages clerks and typists also featuring among the occupations least likely to claim.

The occupations lists are from a standardised list used by all insurers when drivers take out a policy.

But it may come as a surprise to see that funfair employees are among the safest drivers on the roads, along with abattoir workers.

The only sector outside of health care to enter the top 10 table for at-fault claims are probation officers, who, says Moneysupermarket, spend a lot of time in the car meeting offenders, victims and the police.

The figures on occupational risk are used by insurers to provide quotes, which means that healthcare workers pay more than people in other jobs. However moneysavingexpert.com has a car insurance job picker tool to “subtly tweak” a job title to enable a driver to obtain lower premiums.

Research on car insurance sites has found that changing a job title from “restaurateur” to “cafe owner” can save as much as £100 on an annual premium. Meanwhile, a “medical officer” obtains a premium which is nearly 5 per cent less than a nurse.

But if another driver prangs your car, it still puts up your premium even if you are not at fault.

“Being involved in an accident, no matter how minor, whether you’re at fault or not, can be a traumatic and costly experience. Our research shows the average claim value for an at-fault accident is nearly £3,000 and claiming for either not-at-fault or at-fault accidents will drive up annual premiums, typically adding around £33 on average,” said Mr Pratt.