Colourful past of Vivier financier Wewege 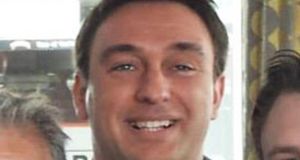 Vivier Mortgages, the subprime lender formerly known as Home Funding Corporation (HFC), the subject of allegations in a recent Prime Time investigation into high-interest home loans, has filed a defamation case against the broadcaster and its investigative journalist, Conor Ryan.

Also suing RTÉ as a result of the programme is a 29-year old South African, Luigi Wewege, who has a colourful political background.

Vivier popped up in another High Court case this week, when a Roscommon couple who borrowed IR£40,000 from HFC in the 1990s were hit last year with a demand for €1.4 million.

The couple has succeeded in getting the court to strike out repossession proceedings.

In 2013, he was an aide to a New Zealand politician called John Palino, who ran for mayor of Auckland in an unsuccessful campaign. During the campaign, a raucous sex scandal involving the sitting mayor, Len Brown, blew up.

A media circus ensued concerning who had leaked information to whom about the relationship between Brown and a woman, who was also known to Wewege.

He was the subject of derision on social media after journalists questioned aspects of his CV, such as whether or not he had actually set up Germany’s first pie restaurant.

Sick of the spotlight, Wewege, who has always denied any wrongdoing in the Len Brown affair, left New Zealand for the US, where Vivier is headquartered.

On Tuesday of this week, Vivier put out a press release lauding Ireland’s economic growth. I was rather tickled by one line in the release, which began: “Whilst Ireland has not been entirely insulated from the effects of the financial crisis....” Talk about an understatement.