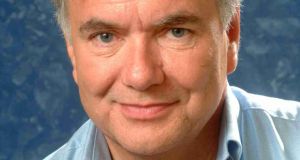 Peter Conlon. His solicitor told the court his client was in Munich, was “penniless” and was attempting to get back to Ireland.

Lawyers for the liquidator of collapsed charities fundraising service Pembroke Dynamic, and two related entities, have asked if its boss is “currently on a gap year” after hearing he is currently in Munich.

Mr Kirby has not been able to do this for a number of reasons, he said.

Late last month, Mr Conlon was due to attend at the offices of the liquidator’s solicitor to inspect documents, counsel said. Mr Conlon failed to show up and Mr Kirby was recently informed the businessman was currently in Munich, he said.

Since the proceedings began, Mr Conlon had resided “in the south of France” and had been “a guest of the Swiss state” when he served 12 months in a Zurich prison following his conviction for embezzlement, he said.

It appeared Mr Conlon, who had also not responded to issues concerning the discovery of documents, was currently on “a gap year”, counsel said.

Mr Kirby took proceedings against Mr Conlon as part of his investigation into what happened to some €3.8 million in donations to dozens of charities allegedly misappropriated by the Dublin firm.

Mr Kirby remains prepared to facilitate the inspection, and had offered February 21st as an alternative date for that, counsel said. If Mr Conlon did not take up that offer, his client wanted the court to fix a date for the hearing of the action.

Mr Conlon’s solicitor Robert Dore told the court his client was indeed in Munich, was “penniless” and was attempting to get back to Ireland so he can take up the offer in relation to the inspection of documents on February 21st.

Mr Dore said there would be a response in relation to issues concerning discovery very shortly.

Ms Justice Reynolds said that if Mr Conlon did not attend at the solicitor’s offices on February 21st, the matter would “simply move on”.

Mr Conlon was being facilitated by the liquidator and any failure to take up that offer meant the businessman was the “author of his own misfortune”, she said. The matter will return before the court later this month.

Two years ago arising out of Pembroke Dynamic’s liquidation Mr Kirby secured an injunction from the High Court freezing Mr Conlon’s assets, including his bank accounts, below a value of €3.8 million.

Mr Kirby wants to progress the action where he seeks various orders including to have Mr Conlon made personally liable for the company’s debts. Mr Conlon, whose family home is in Ballsbridge, Dublin, denies the claims and wants the freezing injunction against him lifted.

The case has been adjourned, with the freezing orders remaining in place, several times over the last two years.

1 Suspicions rife as key Brexit trade talks begin in Brussels
2 Corona beer firm reeling after 8% slide due to coronavirus
3 Life as a Facebook moderator: ‘People are awful. This is what my job has taught me’
4 Irish companies restrict travel over coronavirus fears
5 Coronavirus: Iseq down 11% in five days as global sell-off is worst week since 2008 crisis
6 ‘The only time apartments were viable was in . . . Ballsbridge, Killiney and Dalkey’
7 How well paid do you think you are? Here’s how to work it out
8 Pharma giant AbbVie warned Government against ‘unfair’ €572m tax bill
9 We have little chance of building enough homes to meet election promises
10 Rolls-Royce surges on hopes of solution to Boeing 787 engine glitches
Real news has value SUBSCRIBE