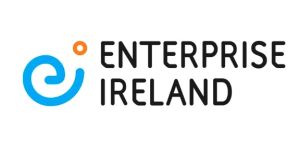 Irish companies looking to boost exports should consider Africa where there are huge opportunities in a number of sectors, particularly ICT and aviation, a conference was told on Friday.

The comment came as Enterprise Ireland revealed it is seeking to significantly boost the number of client companies it has operating in the region.

Speaking at the fifth Africa Ireland Economic Forum in Dublin, Brendan Flood, head of Enterprise Ireland’s international sales and partnering business unit, said the body was currently supporting 460 companies in Africa, but was hoping to increase this to 550 firms within the next two years.

“About 80 per cent of exports are currently within the food or agri-tech sector. We are trying to drive that out to other areas,” said Mr Flood.

Enterprise Ireland is hopeful of realise its strategy of almost doubling Irish-owned exports to Africa in just four years.

Mr Flood said the agency was concentrating on growing exports in a number of sectors including ICT, aviation, fintech, construction and education.

Earlier at the forum, which was organised by the Department of Foreign Affairs and Trade in partnership with African ambassadors resident in Ireland, Minister for Jobs, Enterprise and Innovation Mary Mitchell O’Connor said Africa represents an increasingly attractive destination for Irish exporters.

“We realise more than ever in 2016 that Africa is Europe’s neighbourhood and that the challenges it faces and the opportunities it presents are vital to our wellbeing and prosperity, and will be for decades to come,” she said.

Two-way trade between Africa and Ireland increased by about one-third to €4.5 billion between 2010 and 2014. Last year, Ireland’s total merchandise trade with Africa was valued at €2.3 billion, which included exports worth €1.5 billion and imports of €724 million.

South Africa, Nigeria and Egypt accounted for almost 60 per cent of the total merchandise exports to Africa in 2015 with a combined value of more than €884 million.

Service exports have also performed well, although they fell by 10 per cent in 2014, the last year for which figures are available, to €1.8 billion.

Also, speaking at the event, the leader of PWC’s Africa business group Ronan MacNioclais, said he had seen Irish investments in a number of sectors in Africa recently, including pharmaceuticals, engineering and agribusiness.

He warned that while there are plenty of opportunities for exporters it was essential that they have a practical understanding of the local regulatory environment and have a local partner, in order to thrive.

Although the overall volume of exports from Africa to Ireland has risen in recent years, the value has fluctuated greatly - rising to a high of €1.9 billion in 2012 but falling back to €724 million in 2015, primarily due to the decline in global commodity prices.