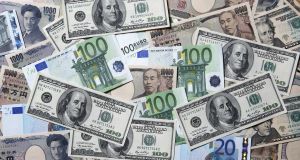 The total amount of wealth in overseas havens could be as much as $32 trillion Photograph: Kiyoshi Ota/Bloomberg

The identities of thousands of holders of hidden wealth have been revealed after more than two million emails and documents were leaked from Britain's offshore financial industry.

A number of high profile names were linked with offshore trusts and accounts, based mainly in the British Virgin Islands, including presidents, wealthy individuals and families, government officials, a British millionaire, and the eldest daughter of former president of the Philippines Ferdinand Marcos.

More than 200GB of financial data stretching back more than a decade was analysed by the Guardian and other international media as part of a project in collaboration with International Consortium of Investigative Journalists, based in Washington.

The files include data on the global transactions of BVI private incorporation agencies, and entities in Singapore, Hong Kong and the Cook Islands in the Pacific.

The Guardian said BVI clients also include jailed fraudster Achilleas Kallakis, who was convicted earlier this year of fraud for obtaining £740 million in loans from Allied Irish Bank on false premises in one of Britain’s biggest real estate scams. He also obtained £29 million from Bank of Scotland.

Also on the list was the president of Azerbaijan and his family. The Guardian reported that entities set up in the names of president Ilham Aliyev's two daughters are controlled by a local construction magnate.

Mongolia's former finance minister Bayartsogt Sangajav said he “probably should consider resigning” after it was revealed he had set up Legend Plus Capital Ltd with a Swiss bank account while he was in office.

The total amount of wealth in overseas havens could be as much as $32 trillion, the Guardian said.

Sample offshore owners named in the leaked files include:

- Jean-Jacques Augier, Francois Hollande's 2012 election campaign co-treasurer, launched a Caymans-based distributor in China with a 25 per cent partner in a BVI company. Augier says his partner was Xi Shu, a Chinese businessman.

- Mongolia's former finance minister. Bayartsogt Sangajav set up "Legend Plus Capital Ltd" with a Swiss bank account, while he served as finance minister of the impoverished state from 2008 to 2012. He says it was "a mistake" not to declare it, and says "I probably should consider resigning from my position".

- The president of Azerbaijan and his family. A local construction magnate, Hassan Gozal, controls entities set up in the names of President Ilham Aliyev's two daughters.

- A senator's husband in Canada. Lawyer Tony Merchant deposited more than US$800,000 into an offshore trust. He paid fees in cash and ordered written communication to be "kept to a minimum".

- A dictator's child in the Philippines: Maria Imelda Marcos Manotoc, a provincial governor, is the eldest daughter of former President Ferdinand Marcos, notorious for corruption.

- US: Offshore clients include Denise Rich, ex-wife of oil trader Marc Rich, who was controversially pardoned by then-President Bill Clinton on tax evasion charges. She put $144m into the Dry Trust, set up in the Cook Islands. It is estimated that more than $20tn acquired by wealthy individuals could lie in offshore accounts.