S&P believes rebalancing the economy will take longer than expected 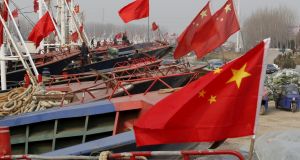 Standard & Poor’s, the ratings agency, has cut its outlook on China’s government credit to ‘negative’ from ‘stable’ as it believes rebalancing of the world’s second largest economy would take place more slowly than expected.

Standard & Poor’s, the ratings agency, has cut its outlook on China’s government credit to ‘negative’ from ‘stable’ as it believes rebalancing of the world’s second largest economy would take place more slowly than expected.

China’s credit rating is AA- with a negative outlook, S&P said on its website. The agency also affirmed the long-term and A-1+ short-term sovereign credit ratings for China.

“We revised the outlook to reflect our expectation that the economic and financial risks to the Chinese government’s creditworthiness are gradually increasing,” S&P said in a statement. “This follows from our belief that, over the next five years, China will show modest progress in economic rebalancing and credit growth deceleration.”

China is faced with enormous reform challenges as the economy seeks to cut bloated state-owned enterprises and move manufacturing industry up the value chain and encourage more innovation.

250 per cent of GDP, by some measures, and shore up the capital leaving the country at an unprecedented rate.

The move is a signal that S&P may lower China and Hong Kong’s ratings from AA minus and AAA respectively in the next six months to two years.

A downgrade if S&P sees a higher likelihood that China seeks to stabilize growth at or above 6.5 per cent by increasing credit at a “significantly faster rate” than nominal GDP growth.

S&P said ratings could stabilise if credit growth is moderated to levels in line with economic expansion.

Earlier this month Moody’s also cut its China outlook to ‘negative’ from ‘stable’, blaming a growing debt burden and the challenges of reform.

Chinese economic growth would remain at or above six per cent a year in the next three years, S&P forecast. The investment rate may be “well above” what S&P says are sustainable levels of 30-35 per cent of GDP.

“In our opinion, these expected trends could weaken the Chinese economy’s resilience to shocks, limit the government’s policy options, and increase the likelihood of a sharper decline in trend growth rate,” it said.

As the economy readjusts, China reported economic growth of 6.9 per cent for 2015, its weakest in 25 years.