Shortage of seed finance could hold back firms, conference told

InterTradeIreland says growing businesses need to look at other options 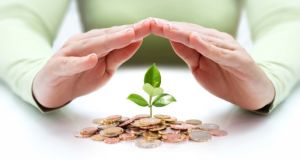 ‘The landscape at the moment when it comes to seed funding is quite dry.’ Image: Thinkstock

A shortage of seed finance could threaten the potential of some of the most promising new and growing companies on the island, InterTradeIreland, warned in Belfast on Thursday.

The cross-Border trade and business development body is hosting its 15th annual venture capital conference in the city, bringing together hundreds of entrepreneurs, startups, venture capitalists and other potential investors.

The conference heard there is no shortage of ambition or enthusiasm when it comes to getting new business ideas off the ground - North or South.

But according to Drew O’Sullivan, InterTradeIreland’s lead equity adviser, there is a lack of seed finance available that could mean some of these start ups will not grow as fast as they possibly should.

According to the Irish Venture Capital Association, the amount raised by seed funds in Ireland last year was €43.8 million, down from €66.8 million in 2014.

In 2015, seed funding accounted for 8 per cent of the overall €522 million raised through venture capital.

Mr O’Sullivan said this means that growing businesses in 2016 need to look elsewhere to secure the financial support they require and that one option is crowd funding.

“Seed funds are getting replenished and we’ve had very good domestic seed funds, but the landscape at the moment when it comes to seed funding is quite dry - it’s just where the cycle is, and it’s not going to last forever, but for the time being the lack of seed funding is a big issue.

“There are other options such as crowd funding and of course angel funding from HBAN and Halo NI - angel investors and other established entrepreneurs have the confidence to invest in startups and growing businesses because they’ve seen how successful exits can deliver for them on the island - and this is helping to fill the gap,” he added.

Mr O’Sullivan said he expects more companies in the Republic to turn to crowd-funding opportunities in the UK this year.

He said some businesses may have been wary about this because they were not fully up to speed with what it entailed but he said any Irish business can become eligible to apply for crowd funding in the UK if it also establishes a UK base.

Ulster Bank and KPMG have joined with Entrepreneurial Spark, the largest free business accelerator programme, to establish the Belfast ‘Hatchery’ which will give around 80 entrepreneurs networking and workshop opportunities, access to a team of business enablers, free office space, IT and wifi, for up to 18 months.