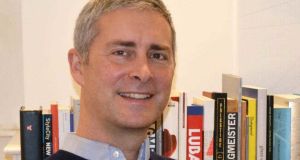 Sorley McCaughey: “It is not enough for the countries of the EU to simply protect their own tax bases.” 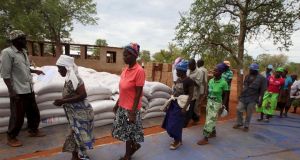 European tax policies should not undermine the development of poor countries. Photograph: Reuters

After some early promise, the latest moves by the European Commission to tackle corporate tax avoidance look like falling far short of what is required, while offering practically nothing to the poorest countries of the world.

Leaked reports from Brussels this week and published in the Financial Times show that the Commission is backing away from greater corporate transparency through requiring multinational companies (MNC) to report publicly on the full spectrum of their activities in each of the jurisdictions in which they operate.

In what appears to be a capitulation to business and corporate interests, as well as pressure from the US, the Commission looks likely now to require country-specific reports only from companies operating in EU member states, and only from those with an annual turnover in excess of $750 million, in one stroke ruling out more than 85 per cent of multinationals, according to OECD figures.

Reports earlier this month which suggested that an impact assessment into public country-by-country reporting was largely positive were welcomed by Christian Aid, which has been campaigning for this policy change since 2007.

Campaigners have long held that obliging companies to report on the full spectrum of their activities, would allow governments, journalists, and the general public to see, in stark reality, the methods that some use to send profits to low-tax jurisdictions, far from where the actual economic activity was taking place, as was exposed by the Lux Leaks scandal.

There would also be benefits for investors, with the data serving as a valuable risk assessment tool.

But perhaps the biggest concern within the Commission is a fear of losing competitiveness to other rival companies not operating in the EU – a concern shared by the Government. This, though, has little merit. Under the Capital Requirements Directive (CRD IV), ironically brought in under the Irish EU presidency in 2013, the banking sector is already obliged to report publicly on a country-by-country basis. The extractive and mining sector has similar obligations under the Accounting and Transparency Directive.

Indeed a PricewaterhouseCoopers impact assessment into the financial sector under the Capital Requirements Directive (CRD) IV concluded that disclosing country-by-country reporting information “was unlikely to have a significant negative economic impact, and could have a small positive economic impact”.

Which makes the Commission position all the more baffling. The proposal that MNCs publish country-by-country data only for EU member states, and aggregated data for all other countries, will not prevent companies from shifting profit to non-EU locations such as Bermuda or Cayman Islands.

Rolling together the jurisdictions to where profit is likely to be shifted, with those where profit-stripping may be most egregious is, of course, to negate the entire point of CBCR – which is to understand the disaggregated distributional picture.

From a developing country perspective, the proposals are almost as bad as they can be. Revenue authorities in developing countries will still only be able to compare a company’s national receipts against the consolidated global figure in a largely futile effort to identify any potential corporate wrongdoing.

It is not enough for the countries of the EU to simply protect their own tax bases. There is both a moral responsibility, and a legal responsibility under the Lisbon Treaty to ensure that European tax policies do not undermine the development of poor countries.

Fortunately, between now and the publication of the impact assessment on April 12th, Ireland and other member states have an opportunity to strengthen Commission proposals and ensure Brussels legislates in a way that works not just for wealthy European firms – but for the benefit of the world’s poor as well.